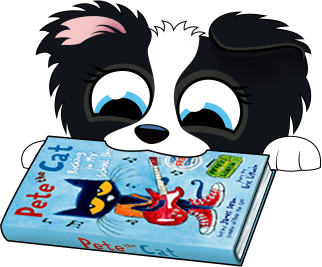 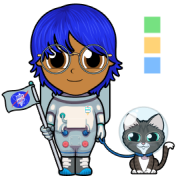 Scarecrows have been used by farmers to protect their crops for thousands of years. Europeans who emigrated to the US during the 18th century brought their custom of making scarecrows that resembled humans. They dressed their scarecrows in worn-out pants, shirts and coats, placed old hats on heads stuffed with straw, and tied red handkerchiefs around their necks. They called these scarecrows bootzamon or bogeyman. While today’s farmers no longer rely on scarecrows to protect their crops, the scarecrow has become a symbol of the fall harvest season. Celebrate the fall season in 2022 with some of these fun stories featuring scarecrows: Read More

Fall into reading with Jazzy’s Fall Bookshelf for 2022! Read More

Since 1938, the Caldecott Medal has been awarded every year by the American Library Association to the “artist of the most distinguished American picture book for children.” Watercress, illustrated by Jason Chin and written by Andrea Wang, was the Caldecott winner in 2022. The Caldecott Medal is named for English illustrator Randolph Caldecott (1846-1886). Caldecott is credited with originating the modern picture book by using his colorful illustrations to help tell the story rather than simply reflect the written words. Created by Rene Paul Chambellan in 1937, the bronze medal’s design is based on one of Randolph Caldecott's illustrations for The Diverting History of John Gilpin. It features the image of a man riding a runaway horse surrounded by geese, dogs and children. To celebrate Picture Book Month in 2022, enjoy some of these gorgeous nonfiction picture books chosen by John Schu and Colby Sharp for their 2023 Mock Caldecott List, illustrated by Kate Berube, Sophie Blackall, Jason Chin, Christopher Denise, Chioma Ebinama, Eric Fan, Terry Fan, Deborah Freedman, Michaela Goade, Madelyn Goodnight, Edward Hemingway, Molly Idle, Yas Imamura, Rafael López, Deborah Marcero, Zahra Marwan, Meghan McCarthy, Daniel Minter, Frank Morrison, Christopher Silas Neal, Doug Salati, Erin E. Stead, Young Vo, and Gracey Zhang. And here we collected Jazzy’s 2022 Picture Book Month Bookshelf for you. Read More

The Diné, or Navajo People, welcome a baby into their community by celebrating the baby’s first laugh. As part of the celebration, the baby often receives a special gift of turquoise, and the meal might include rock salt, symbolizing a connection with the earth. Who gets to host this celebration? The person who first made the baby laugh!  To celebrate 2022 Native American Heritage Month, you can read more about the Diné first laugh celebration and the traditions and experiences of other Indigenous Americans in the books below: Read More