Two squirrels--and best friends--meet their match: a donut food truck! A hilarious young graphic novel perfect for fans of Narwhal: Unicorn of the Sea and anyone who would do ANYTHING for a donut.

With a burned breakfast and a cranky donut seller at the local food truck, they may be stuck with only nuts to eat . . . unless they can steal the biggest, most delicious donut of their tiny lives!

Mika Song gives readers something to laugh at as these squirrels try their hardest to get some donuts while just about everything goes wrong. A fun donut caper graphic novel that focuses on madcap action, problem-solving, and the power of working together.

I'm nuts for these sweet and silly squirrels. -- Ben Clanton, author of Narwhal and Jelly 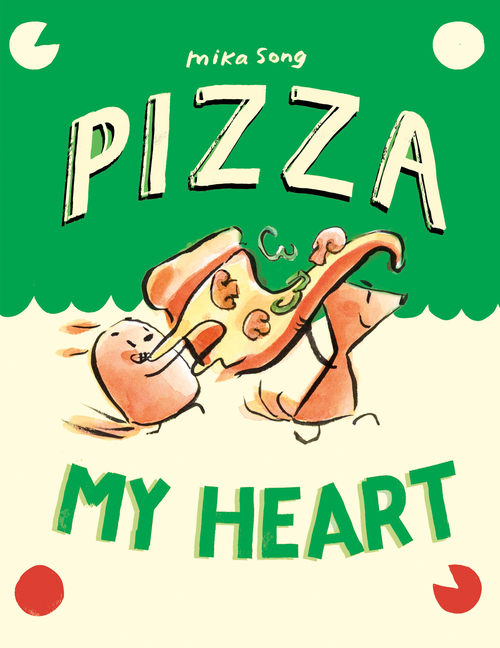 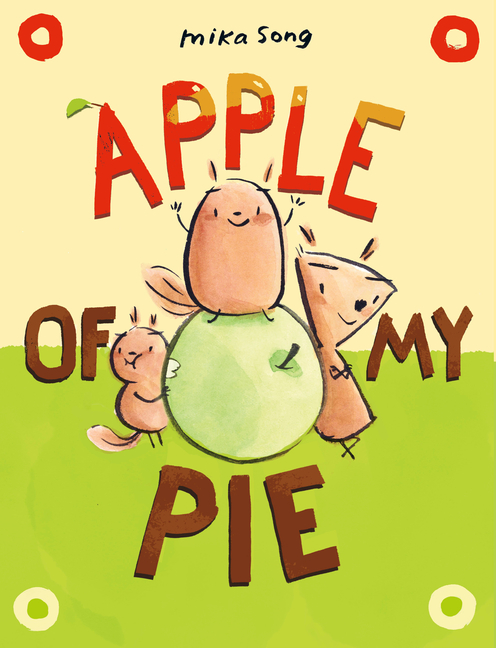 This Robin Hood-tinged graphic novel by Song (Love, Sophia on the Moon) gives a blow-by-blow account of a doughnut heist carried out by improbably named squirrels Norma and Belly. Their target? A red doughnut truck run by a grouchy human proprietor who not only spurns payment in chestnuts but also sprays them with a water bottle. If he's not willing to accept honest payment, they conclude, they're justified in turning to crime. Norma (whose head is triangular) and Belly (who's built like a fire hydrant) enlist the help of squirrel colleagues Gramps, who disguises himself as a throwaway coffee cup, and Little Bee, who supplies the getaway roller skate. Their scheme produces doughnuts for everybody, and an unexpected treat for the doughnut purveyor. Drawing with graceful ink lines and colored wash, Song capitalizes on comic moments: the way the spray bottle turns Norma and Belly into unrecognizable floofs, the Rube Goldberg-like machinery of the doughnut maker, and the precariously balanced tower of stolen goods. Norma and Belly are never snarky; instead, they present a consistent mix of enterprise, wit, and cheer. Even the doughnut man emerges as a character who's open to change. Ages 5-8. Agent: Erica Rand Silverman, Stimola Literary Studio. (Sept.)

K-Gr 2--Resident squirrels Norma and Belly are thick as thieves, in addition to being actual thieves. Having burned their pancakes, they are lured outside of their tree-trunk domicile by the sweet scent of a doughnut truck that's set up shop. With the help of a couple of crafty accomplices, they plot to steal doughnuts for a giant party. Song uses negative space and highlighting to create contrast between the fuzzy masterminds and their environments. Her watercolors are gentle but expressive, as are her inked shapes. All four squirrel protagonists have distinct silhouettes, including Gramps, an older fellow with huge rectangular glasses, and Little Bee, who resembles the letter B. Onomatopoeia brings the squirrels' antics to life: Thunk, boing, splat, crash, screech, woosh, spritz, ding, and shhhhh accompany the silly animal slapstick and the sounds of the truck's automated machinery. The humans of the story--the doughnut maker and a neighborhood child who loves to glide around on roller skates--are largely oblivious to the squirrels' hunger-fueled schemes. Everyone comes out ahead eventually, resulting in an amusing tale of friendship, teamwork, and unintended consequences. Word balloons are generally large and clearly placed, with most of them using fewer than five words each. Young readers will enjoy using context clues to predict how characters' will behave. VERDICT Independent readers will devour this sweet and scrumptious heist story.--Thomas Maluck, Richland Lib., SC