In this sequel to the hilarious picture book Attack of the Underwear Dragon, brave Sir Cole teaches his former sworn enemy to read. 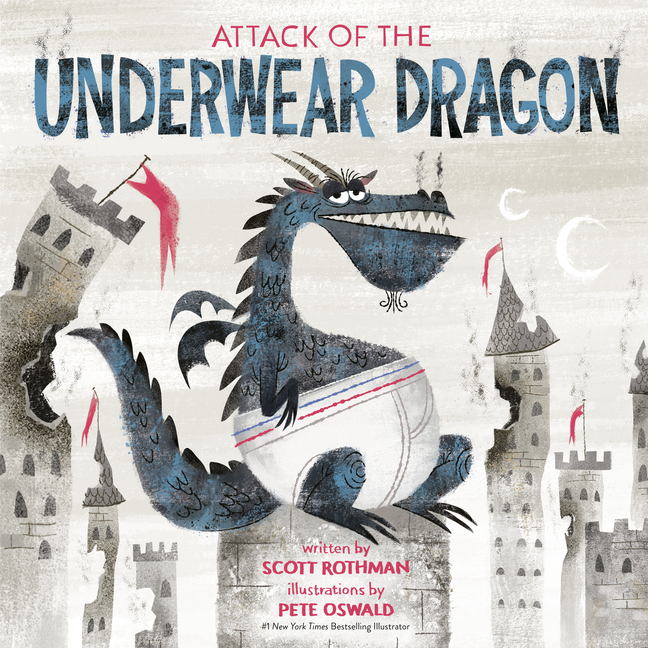 This book is amazing so creative and funny

Scott Rothman
SCOTT ROTHMAN is a writer of humor pieces and screenplays, including Draft Day and Army of One, both of which he co-wrote with Rajiv Joseph. Scott is a graduate of Colby College and received an MFA in dramatic writing from New York University's Tisch School of the Arts. His humor writing has appeared in various publications, including the New Yorker, GQ, and McSweeney's. He lives in Connecticut with his wife and three children. This is his first picture book. Pete Oswald is the New York Times bestselling illustrator of The Good Egg, as well as The Bad Seed, which was an Amazon Best Children's Book of the Year and an indie favorite. He has worked as a character designer, a concept artist, and an art director on many popular films, including Madagascar 2, Cloudy with a Chance of Meatballs, and Angry Birds.
Classification
Fiction
ISBN-13
9780593119921
Lexile Measure
N/A
Guided Reading Level
N/A
Publication date
October 20, 2021
Series
Underwear Dragon