Common Sense Media Review
Amelia Bedelia goes to school and mixes up just about everything in this bright and funny picture book about the childhood of the iconic character.In the first book in the nationally bestselling series about the childhood of America's favorite literal-minded housekeeper, Amelia Bedelia is sure that she will absolutely love school--after all, what's not to love?But after hopping on the bus just like a bunny (hurry up, sweetie!), confusing her name tag with a game (we are not playing tag), and gluing herself to her seat (oh, dear), Amelia Bedelia discovers that what she takes for granted is not always the way the world works. Still, friendships are formed, lessons are learned, and projects are completed, and through it all Amelia Bedelia's teacher, Mrs. Edwards, offers gentle guidance and an open heart.The Amelia Bedelia books have sold more than 35 million copies! 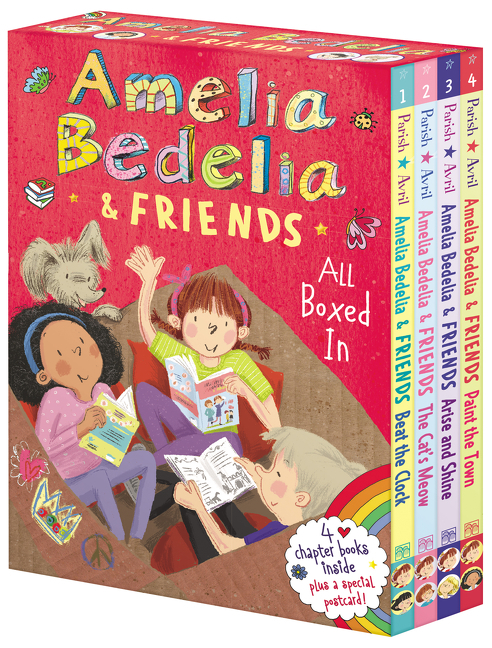 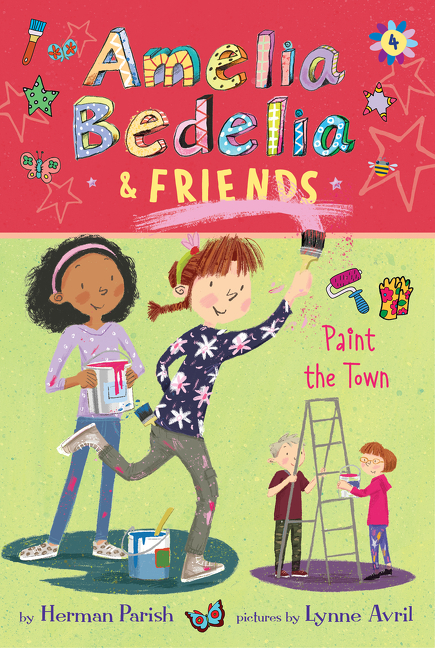 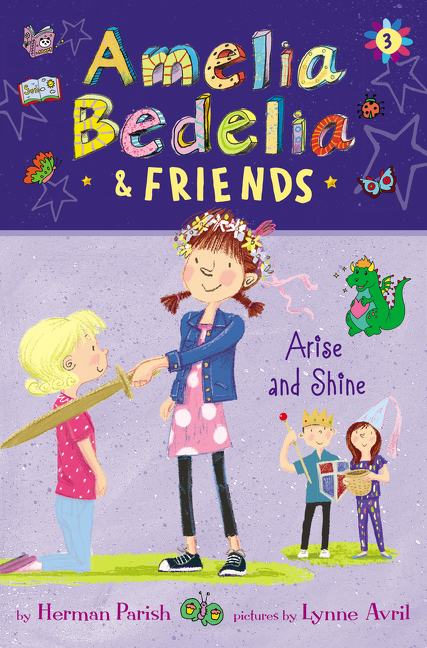 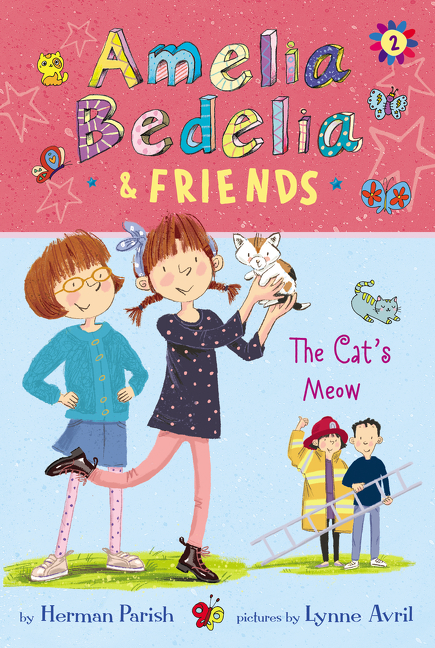 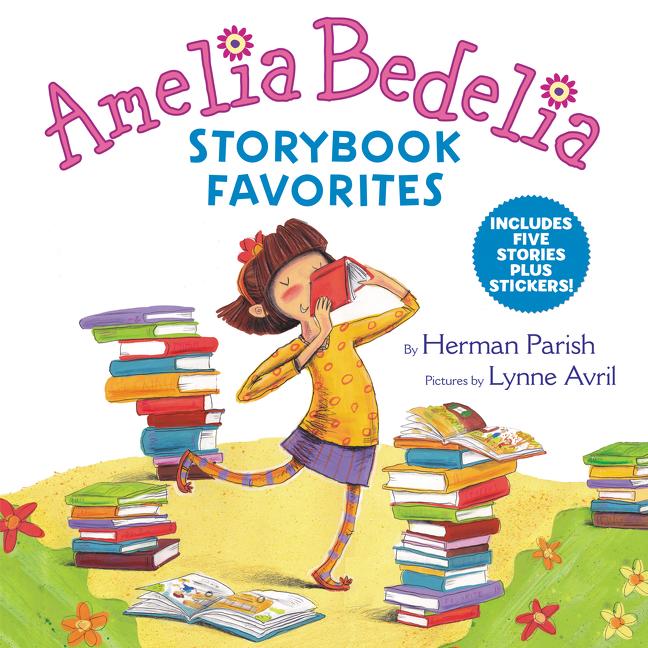 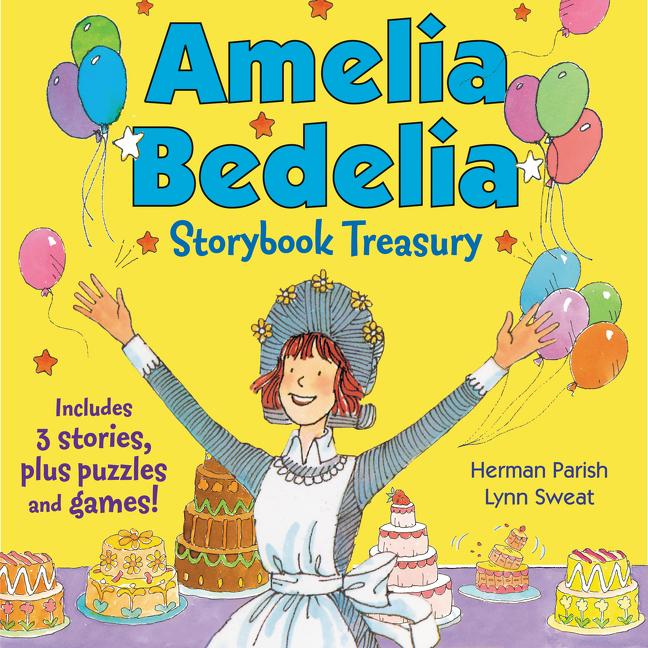 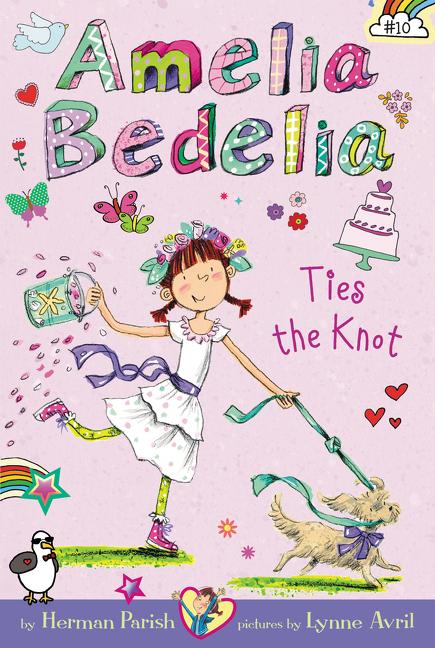 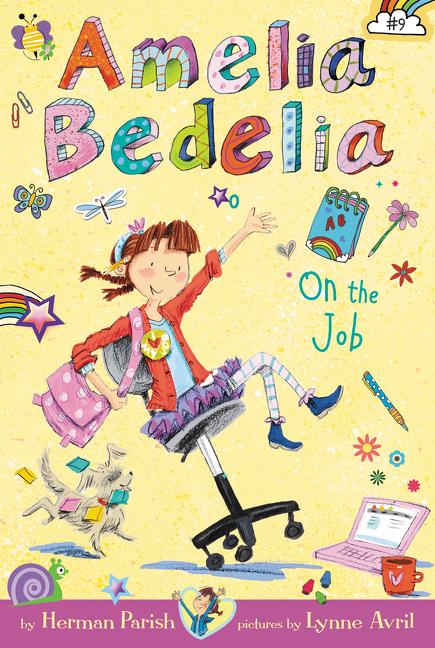 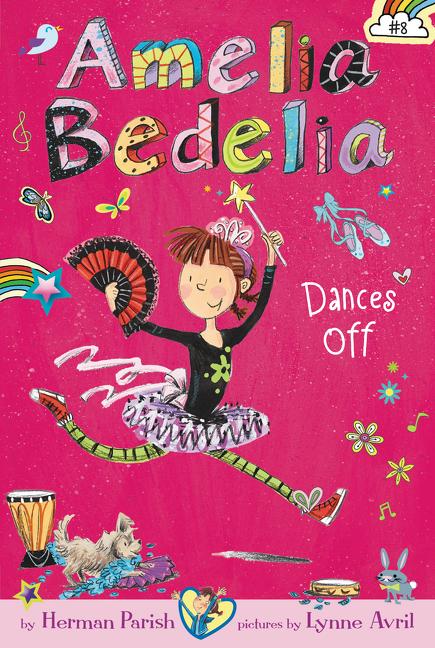 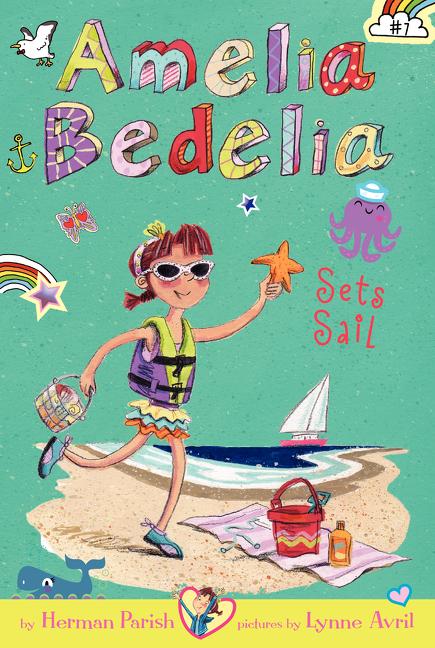 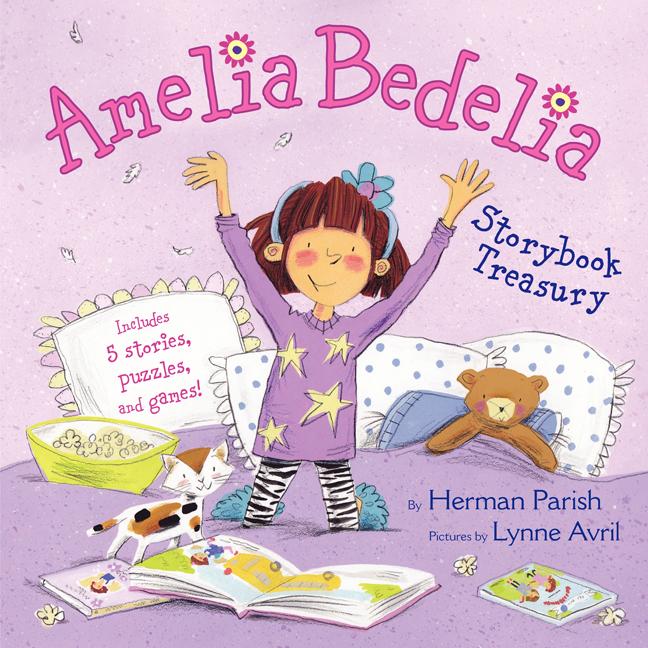 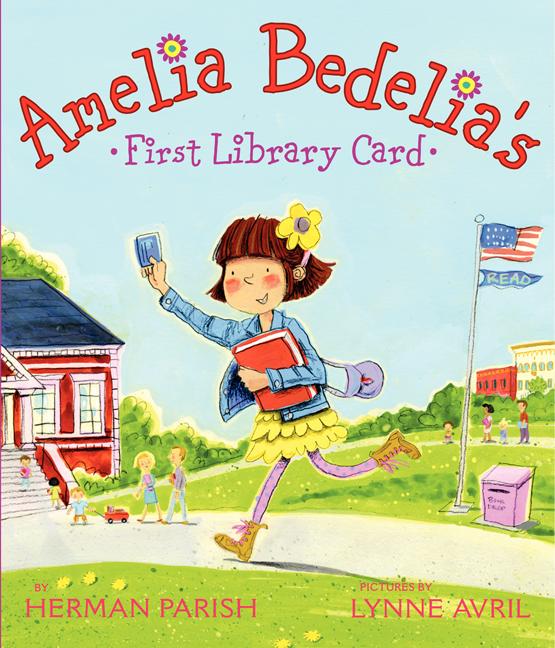 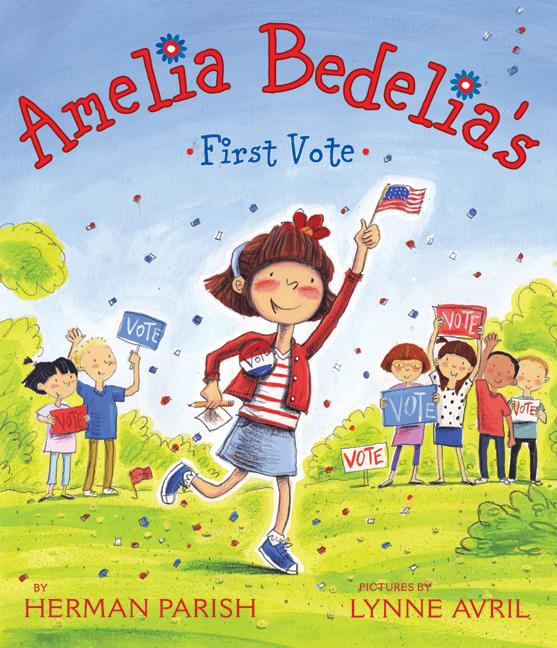 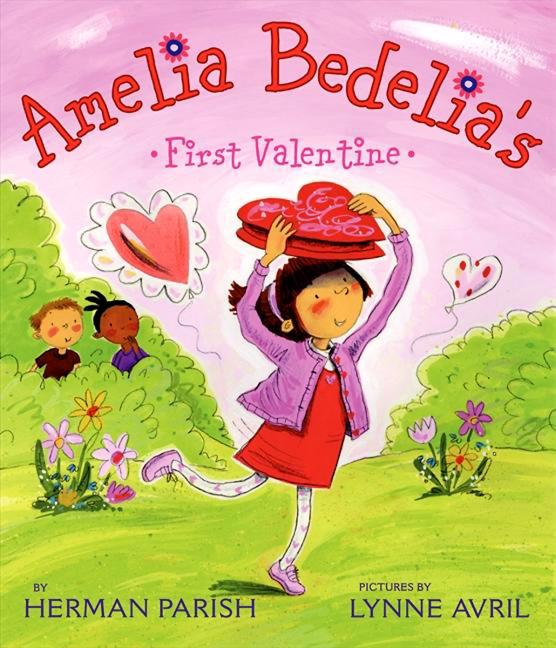 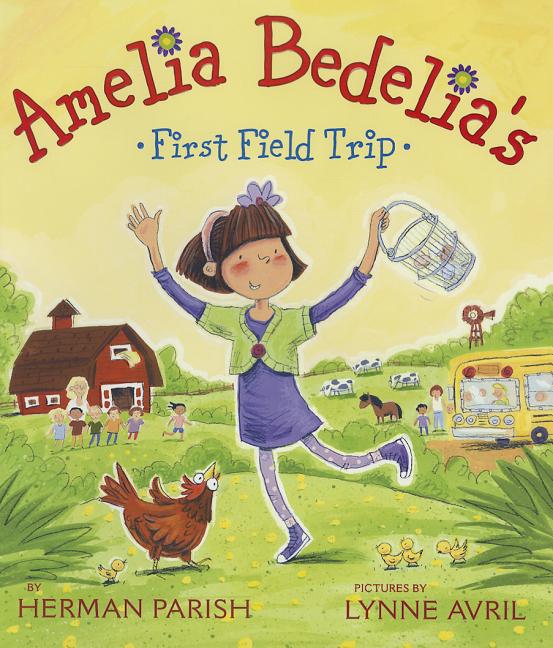 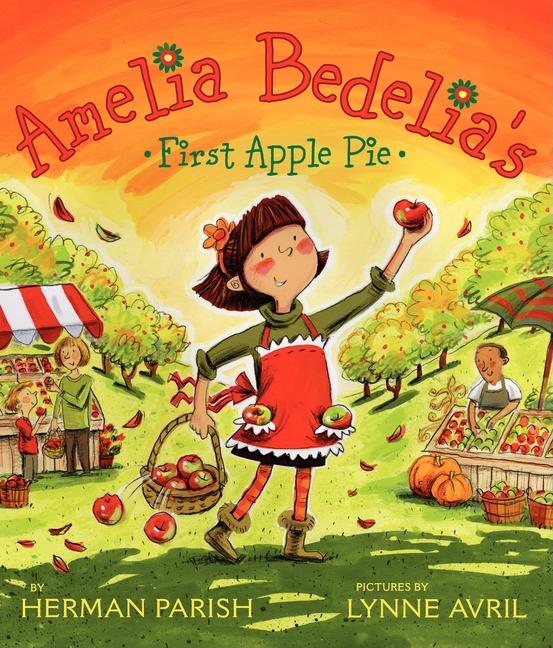 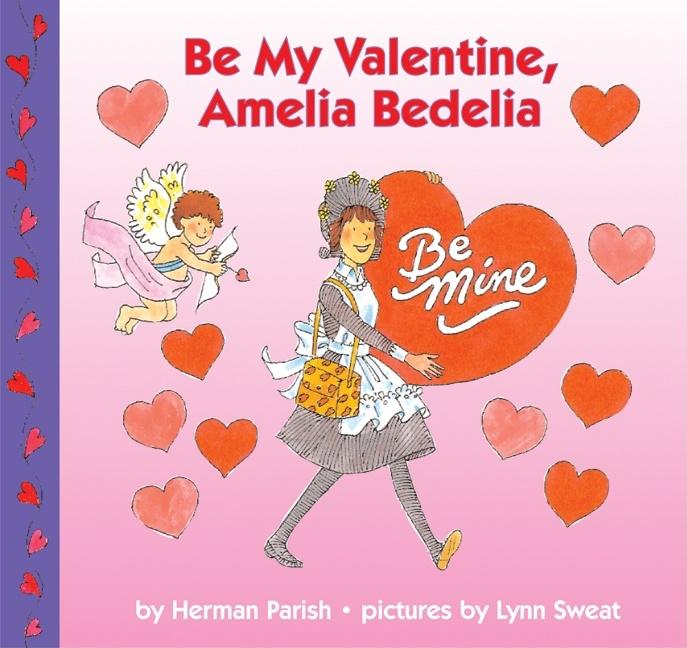 It's the first day of school for Amelia Bedeliathe concrete-thinking heroine of the long-running series, which, until now, has featured the character as an adult. As in previous books, Amelia's literalism results in amusing misunderstandings: Amelia's name tag has her sprinting through the room playing tag, and during free time, she does as her teacher's idiomGlue yourself to your seatrequests. Readers will giggle over Amelia's mishaps, and her genuine joie de vivre may assuage first-day fears. Ages 48. "(July)" Copyright 2009 Publishers Weekly Used with permission.

PreS-Gr 2--Returning with her pun-filled humor and misunderstandings of certain expressions, Amelia Bedelia has her first day of school in this adventure. Her day is full of confusion--she thinks her teacher is playing tag when she tries to give her a nametag, and Amelia doesn't understand that she is supposed to say her name when roll is called. During craft time, Amelia's teacher tells her to glue herself to her seat, which she literally does. When Amelia is the only child left, Miss Edwards admits that it's her first day of school as well, which emphasizes the theme that it's okay to be nervous about new experiences. Children will laugh at Amelia Bedelia's antics, and in many cases, the illustrations enhance the text's humor. Not all of the jokes are explained, which gives parents and caregivers an opportunity to explain the sayings or children a chance to figure them out on their own. Young readers will relate to the emotions that Amelia feels, including enthusiasm for all of her activities and confusion about what she is supposed to be doing. The plot is cohesive, the characters are fully developed, and this book is comparable to other Amelia Bedelia titles by Herman Parish, but humor aside, it may not stand out in the broader field of children's literature. VERDICT Purchase where "Amelia Bedelia" books are popular or where additional back to school books are needed.--Liz Anderson, DC Public Library