A boy and his dog . . . a girl and her . . . unicorn? It all started when Phoebe skipped a rock across a pond and accidentally hit a unicorn in the face. Improbably, this led to Phoebe being granted one wish, and she used it to make the unicorn, Marigold Heavenly Nostrils, her obligational best friend. But can a vain mythical beast and a nine-year-old daydreamer really forge a connection?

Indeed they can, and that's how Phoebe and Her Unicorn unfolds. This beautifully drawn strip follows the unlikely friendship between a somewhat awkward girl and the unicorn who gradually shows her just how special she really is. Through hilarious adventures where Phoebe gets to bask in Marigold's "awesomeness," the friends also come to acknowledge that they had been lonely before they met and truly appreciate the bond they now share. 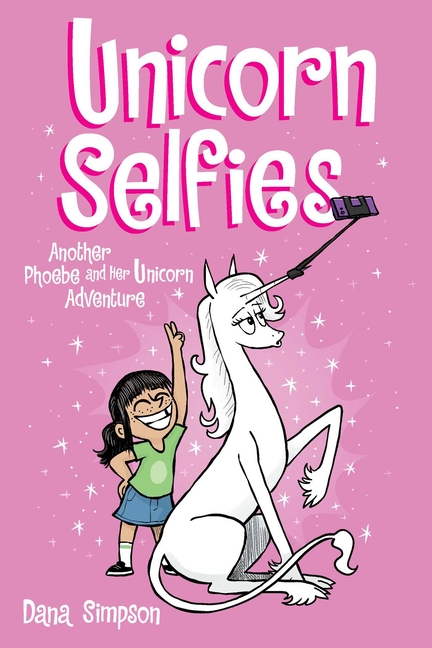 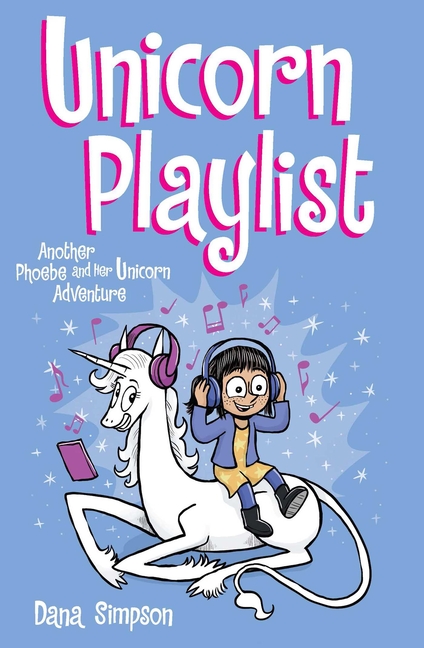 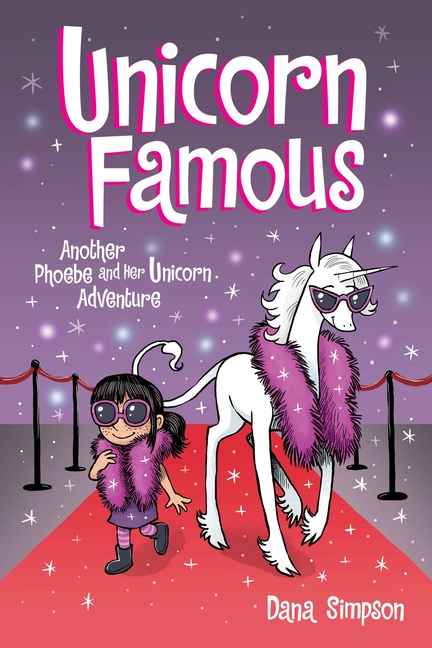 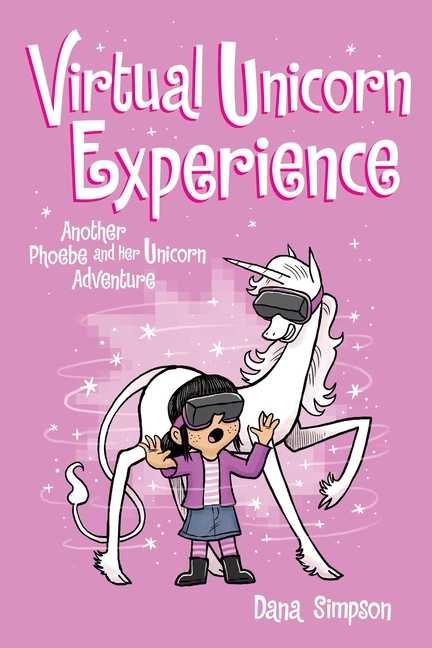 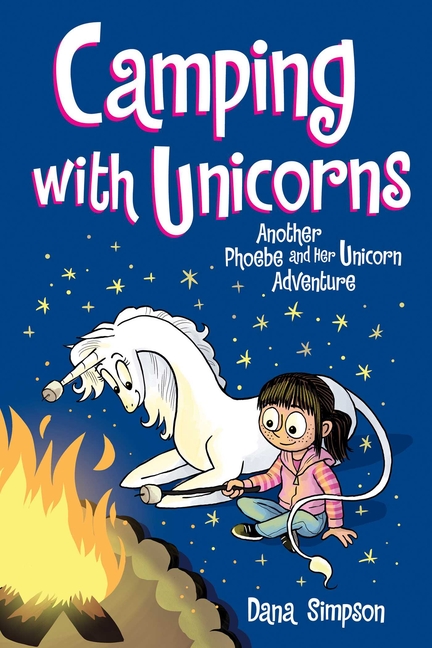 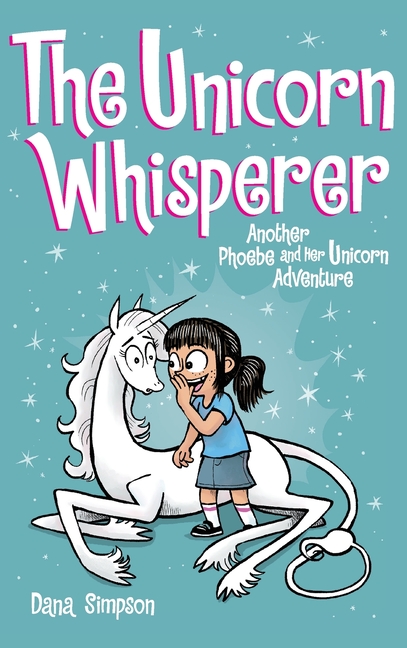 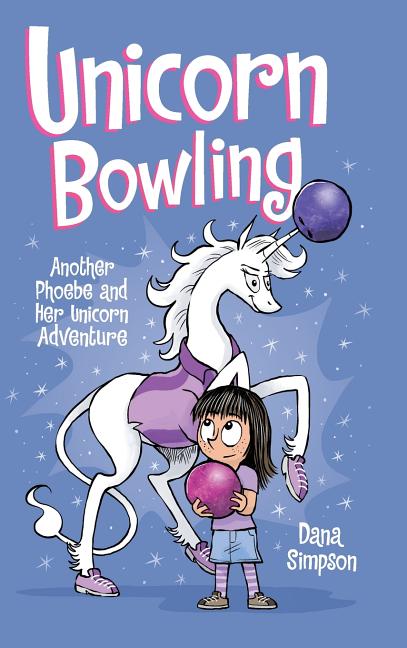 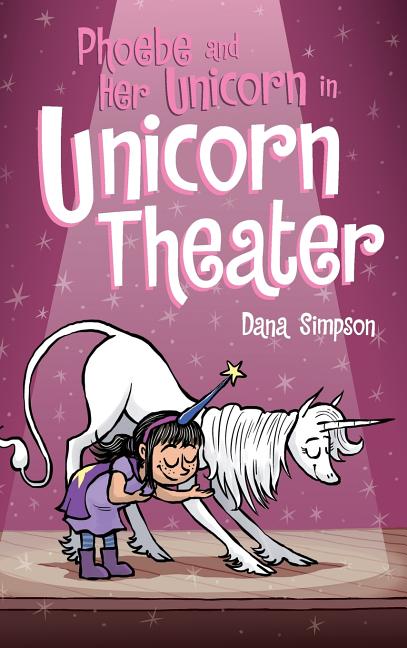 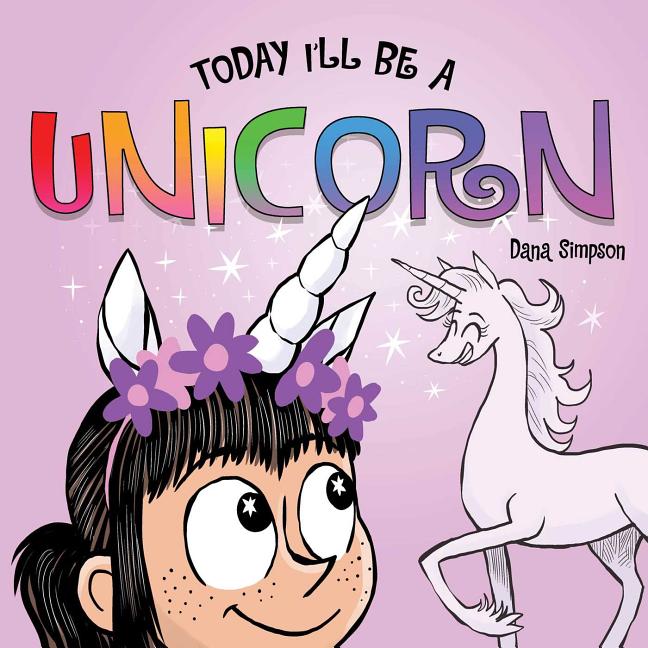 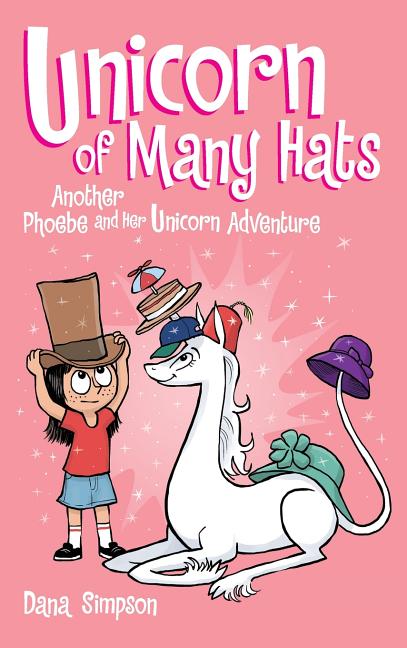 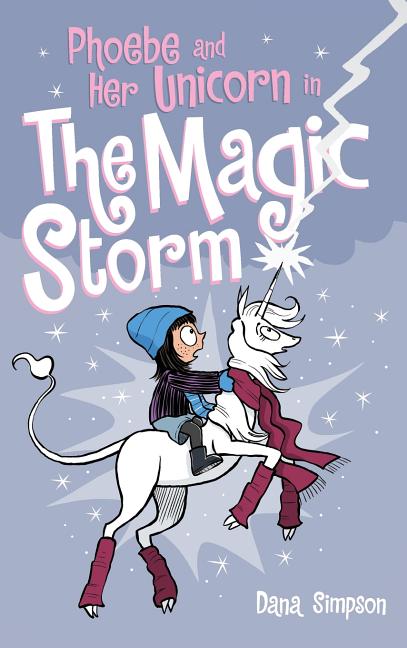 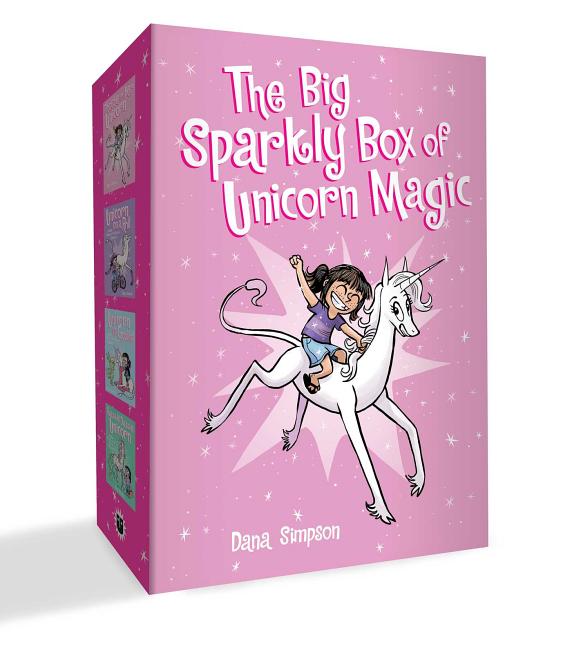 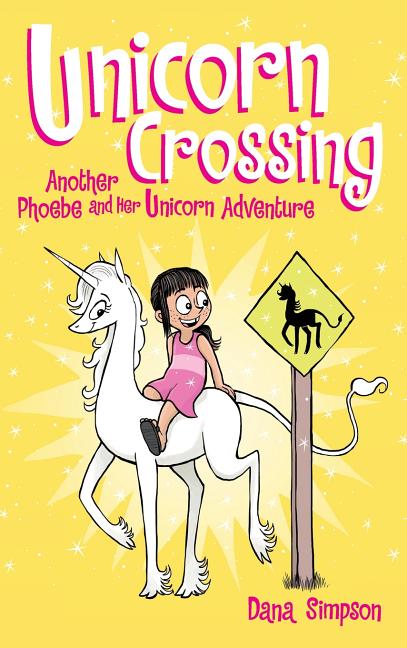 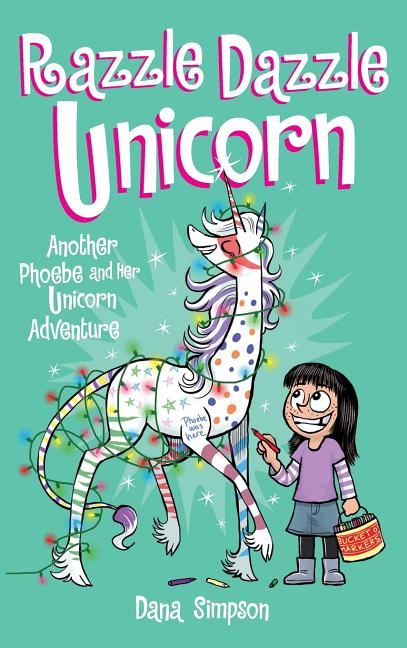 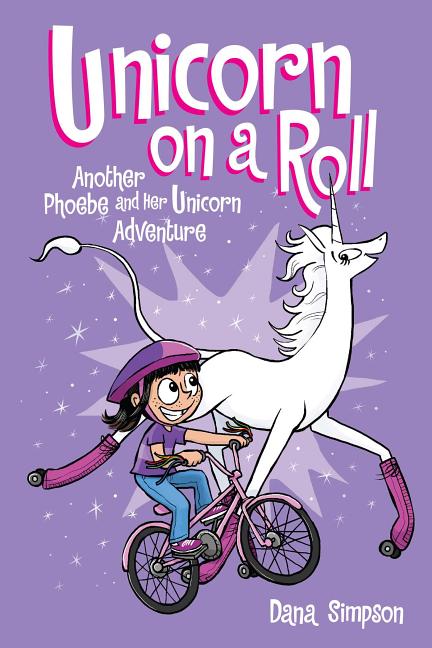 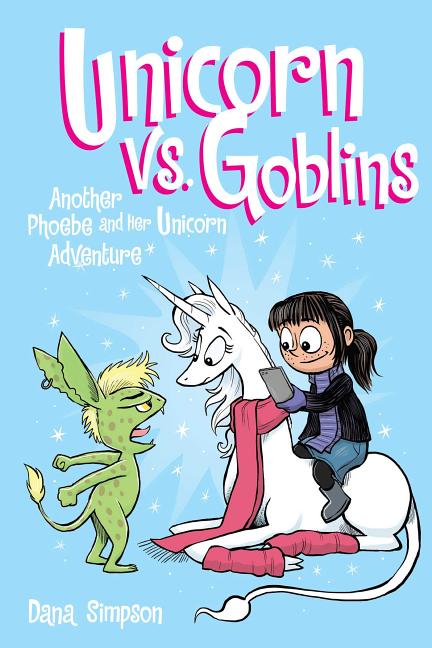 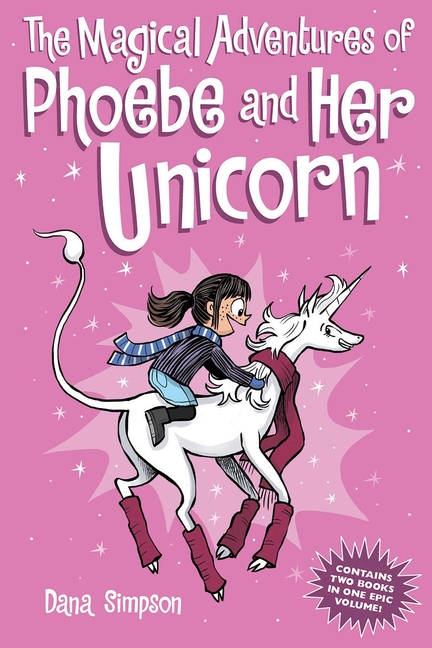 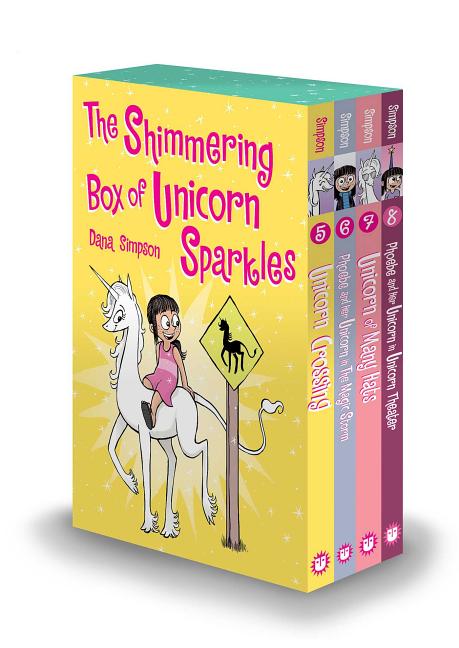 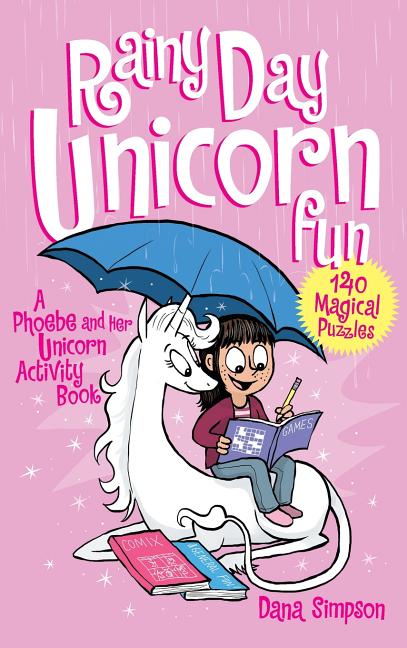 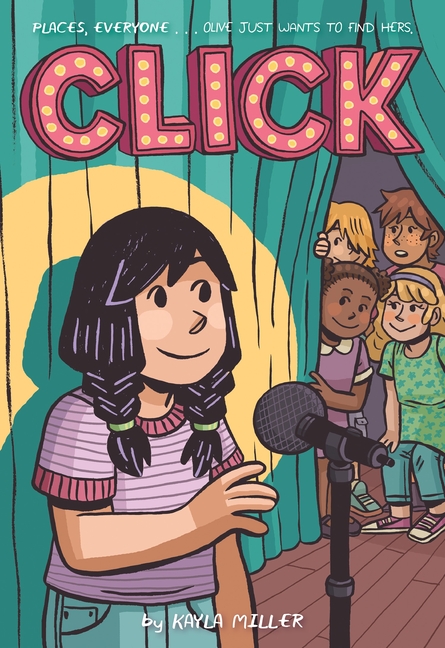 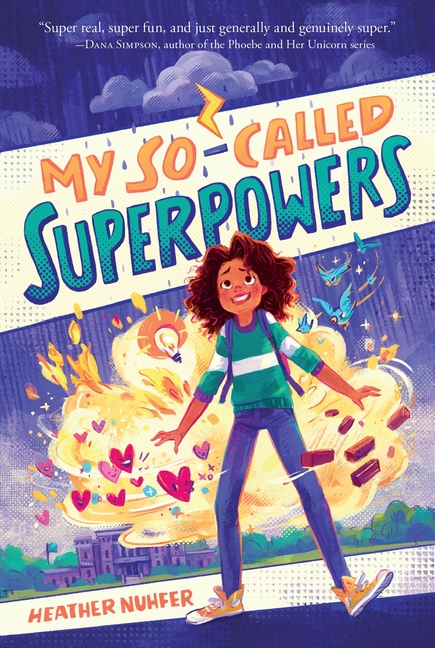 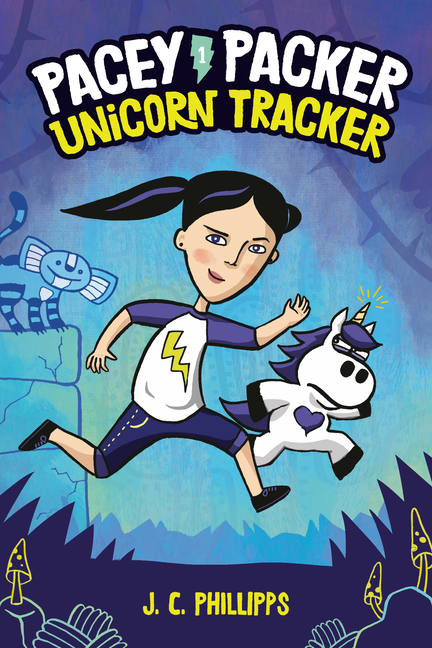 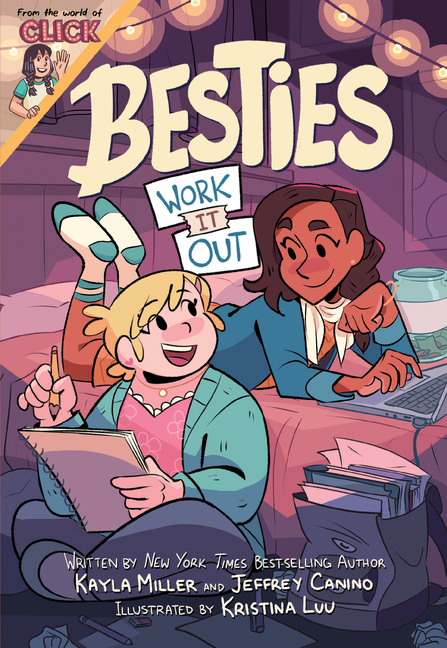 Gr 4 Up—Simpson's syndicated comics featuring the unlikely friendship between an awkward young girl and an arrogant unicorn are published as one volume for the first time. Phoebe, a somewhat precocious nine-year-old, releases a unicorn held captive underwater by a magic spell. In exchange for her freedom, the unicorn Marigold Heavenly Nostrils grants Phoebe one wish, namely that the two will become best friends. Although imaginary childhood friends such as Hobbes and Winnie-the-Pooh are common, Simpson's take on the subject is unique and witty. Marigold is not invisible but often goes unnoticed, protected by a "shield of boringness." Simple line drawings bring the characters to life without detracting from the clever dialogue. Phoebe's face is particularly expressive, mirroring her wonderment and frustration with her recently acquired friend. The intended audience for this work is unclear. While the protagonist expresses her longing for a best friend, delights in sleepovers, and is enchanted with the mythical creature, there is an underlying sarcastic and mocking tone throughout. Facetious one-liners, such as "Terrible Vortex of Meh" and "summon your inner unicorn" may appeal to a more sophisticated audience. Reference to bathroom humor and several variations on "stupid," such as "stupidbutt" are obviously aimed at younger readers. Still, those looking for something to read after Jenni Holm's "Babymouse" books (Random), might want to take a look.—Barbara M. Moon, Suffolk Cooperative Library System, Bellport, NY

Dana Simpson
Dana Claire Simpson grew up in Gig Harbor, Washington, drawing the entire time. She eventually graduated from The Evergreen State College, despite having spent all her time drawing, and not always for credit. From 1998 to 2008, she drew the internet comic strip Ozy and Millie. After winning the Amazon-sponsored Comic Strip Superstar Contest in 2009, Andrews McMeel Syndication signed her to a development deal for Heavenly Nostrils, which was later renamed Phoebe and Her Unicorn. She currently lives in Santa Barbara, California, with her tech genius spouse and her fairly stupid cat.
Classification
Fiction
ISBN-13
9781449473792
Lexile Measure
390L
Guided Reading Level
Q
Publication date
June 20, 2015
Series
Phoebe and Her Unicorn