Simple explanations of complex ideas for your future genius!

Written by an expert, Quantum Physics for Babies is a colorfully simple introduction to the principle that gives quantum physics its name. Babies (and grownups!) will discover that the wild world of atoms never comes to a standstill. With a tongue-in-cheek approach that adults will love, this installment of the Baby University board book series is the perfect way to introduce basic concepts to even the youngest scientists. After all, it’s never too early to become a quantum physicist! 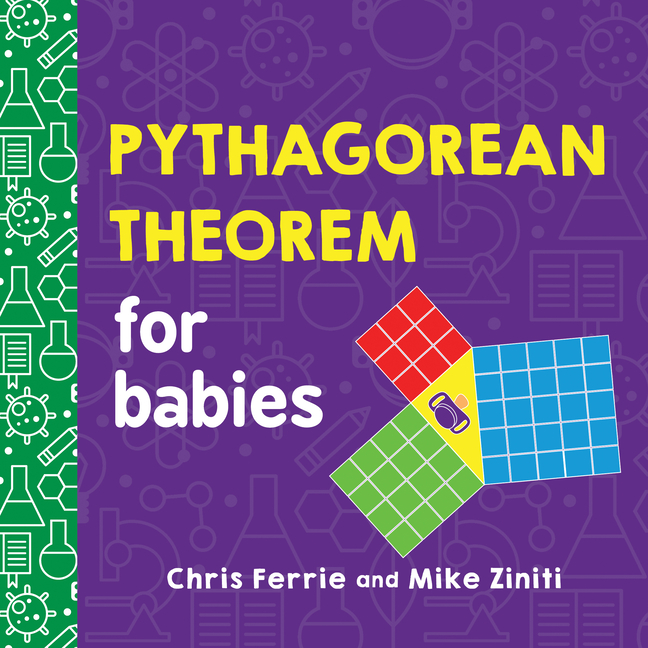 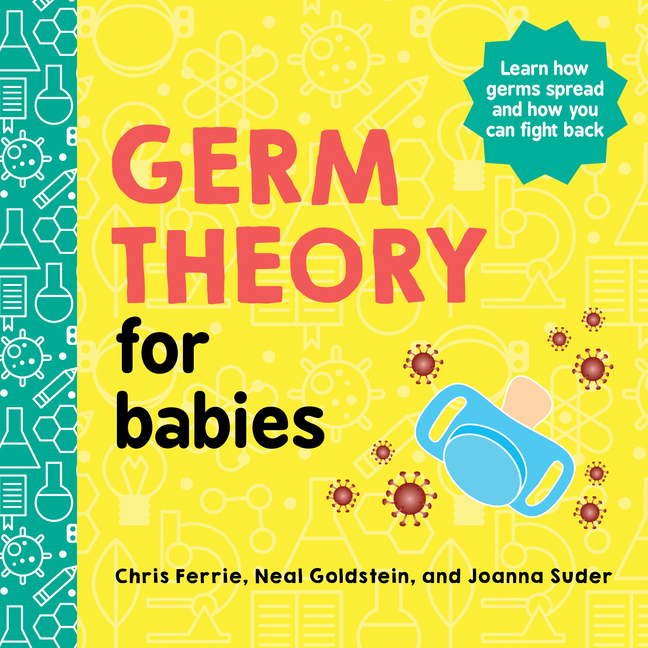 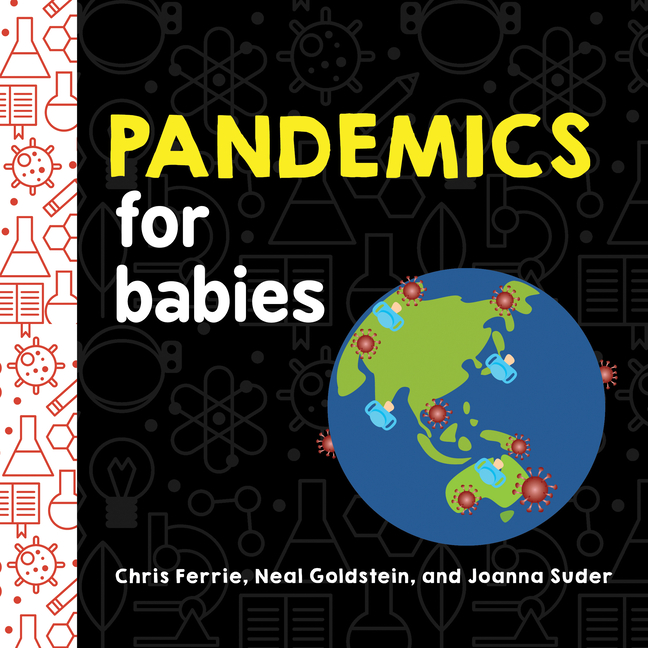 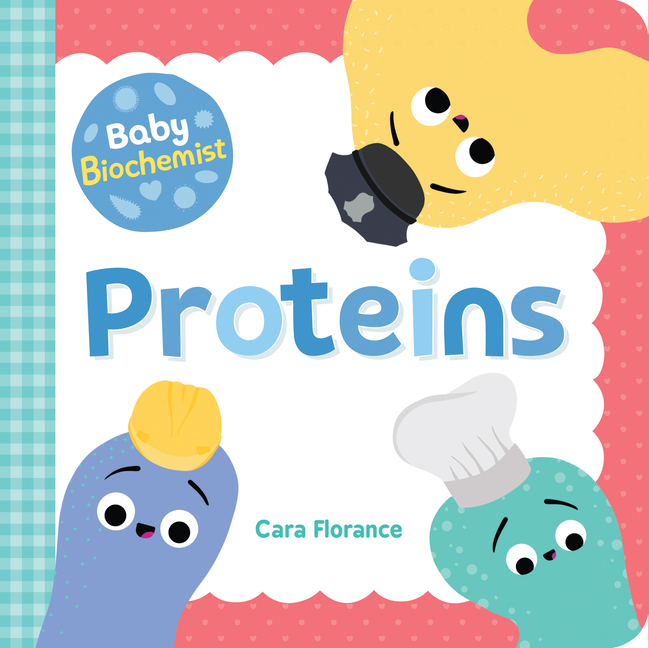 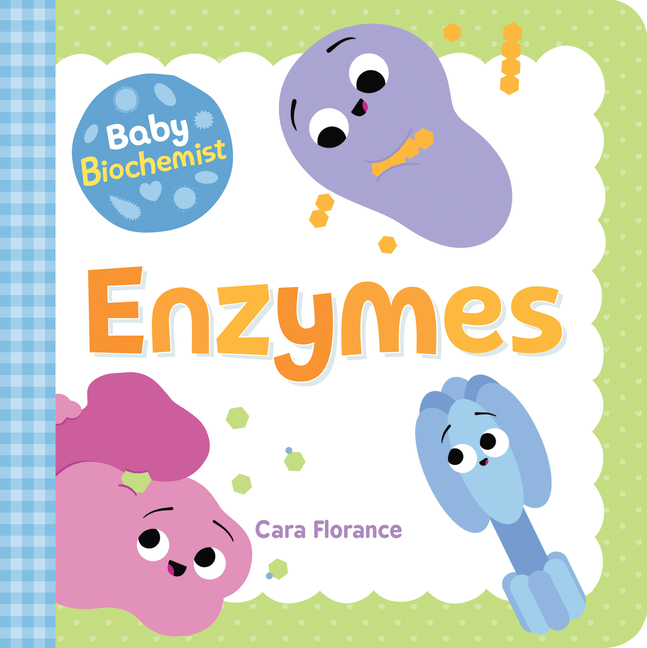 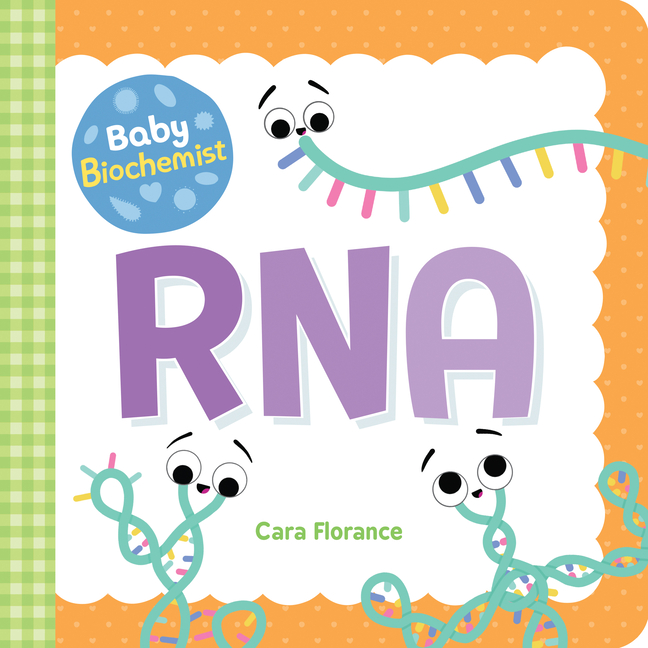 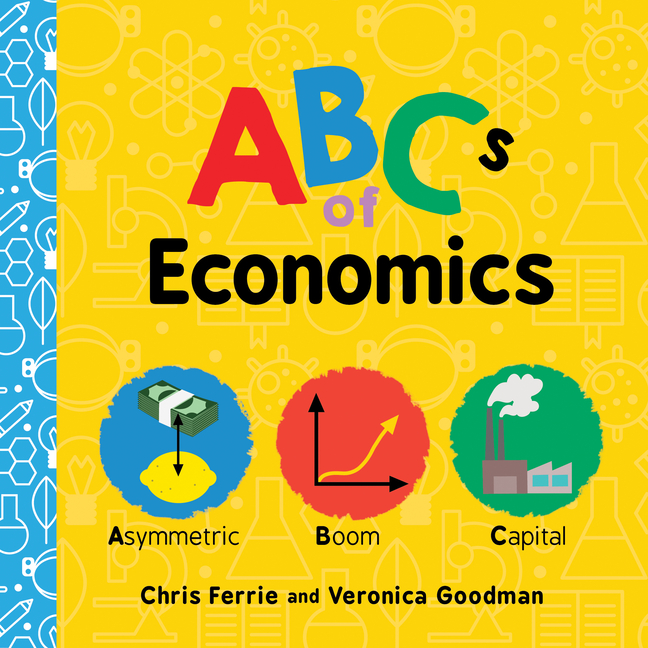 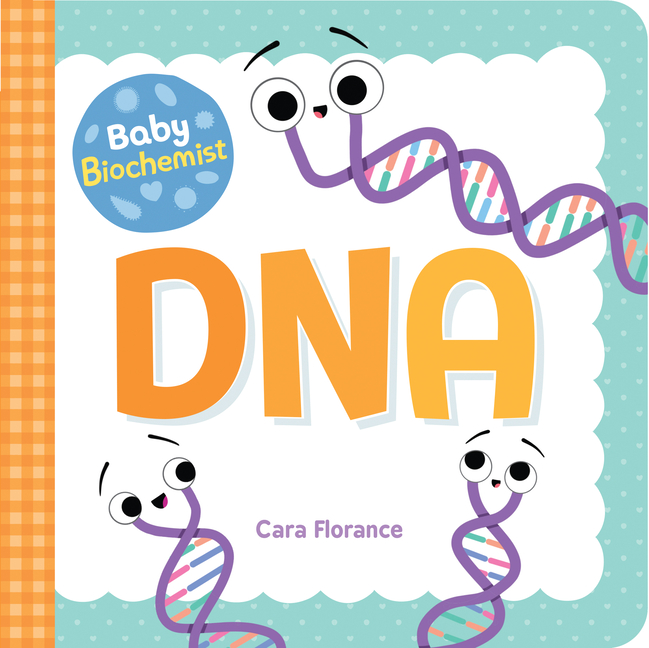 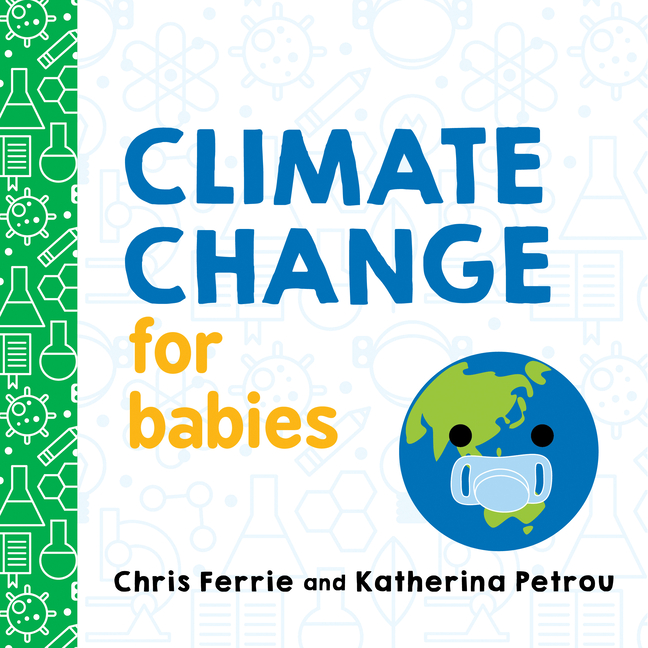 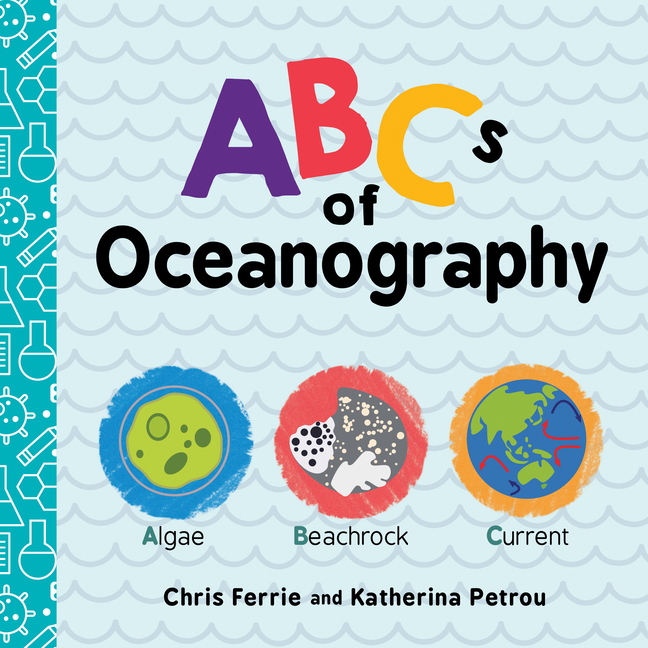 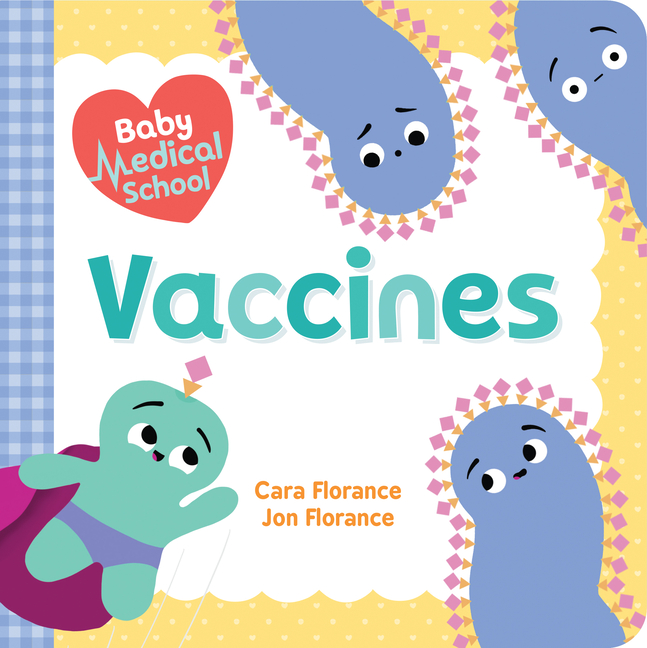 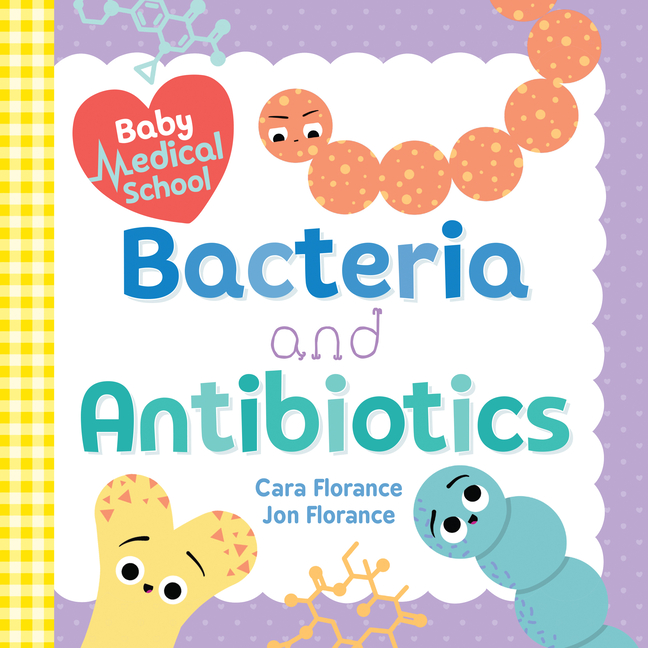 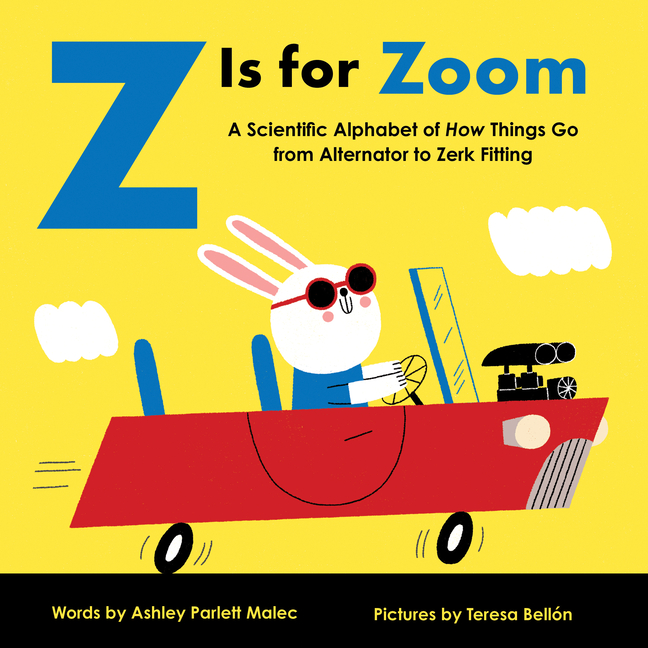 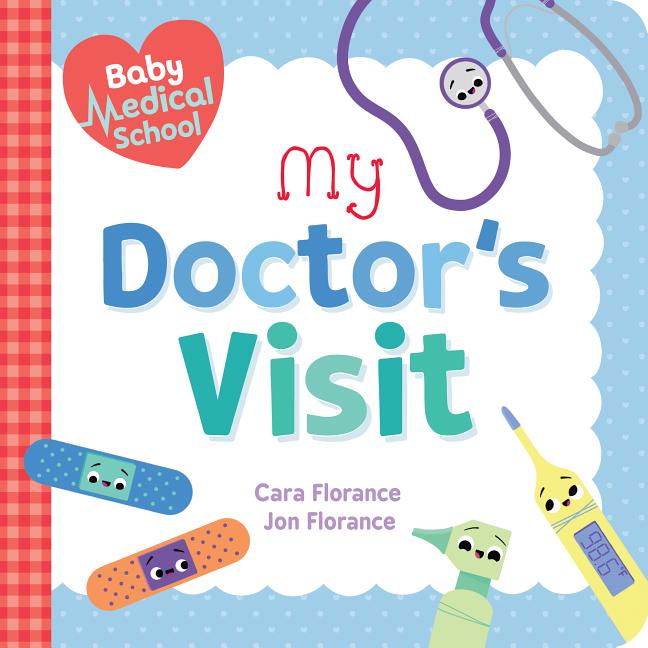 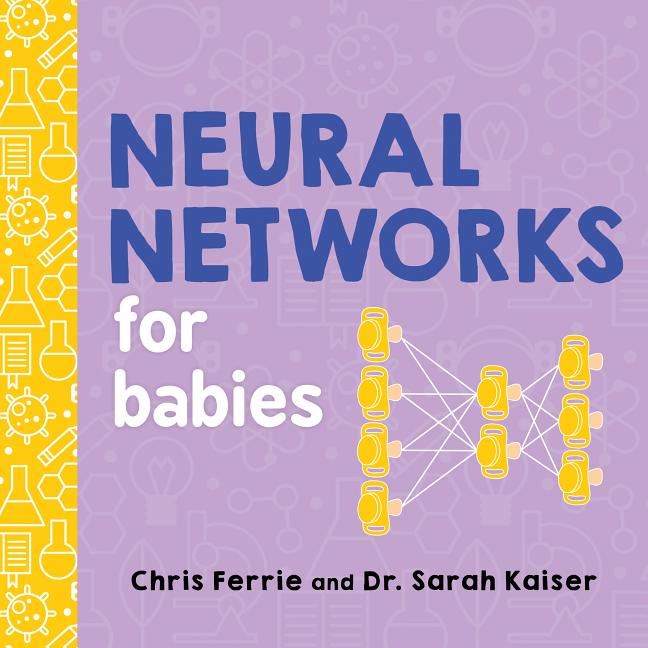 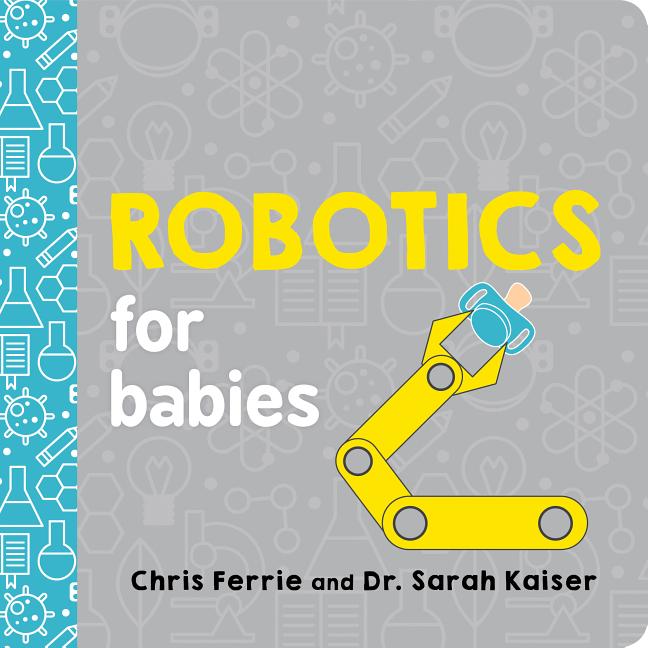 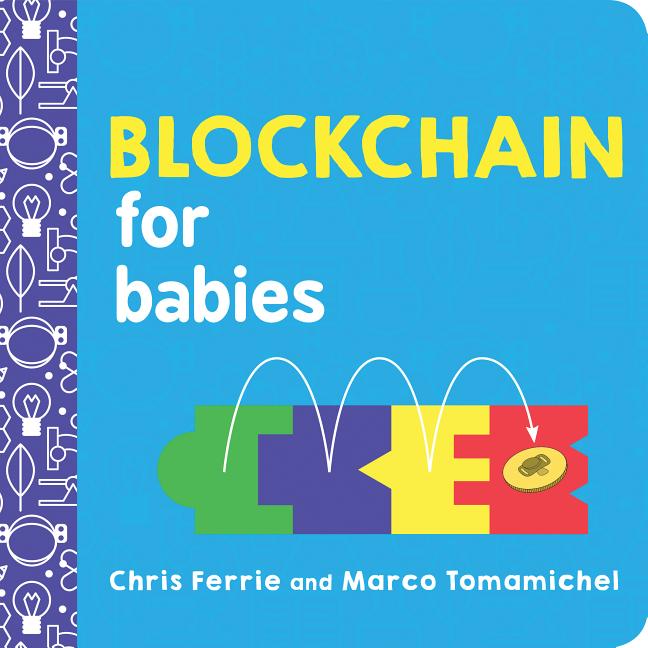 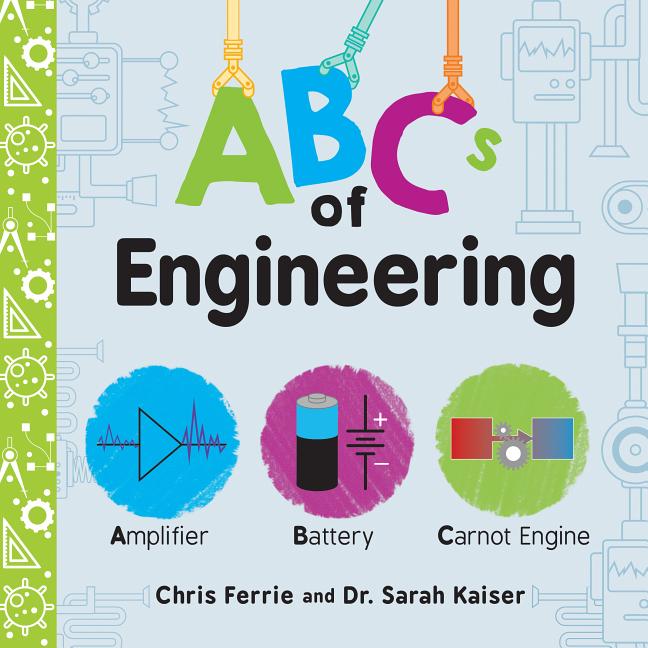 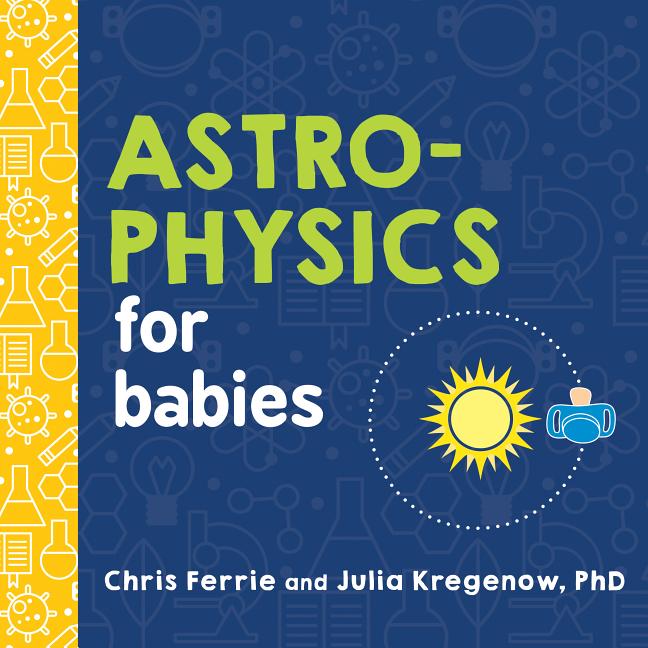 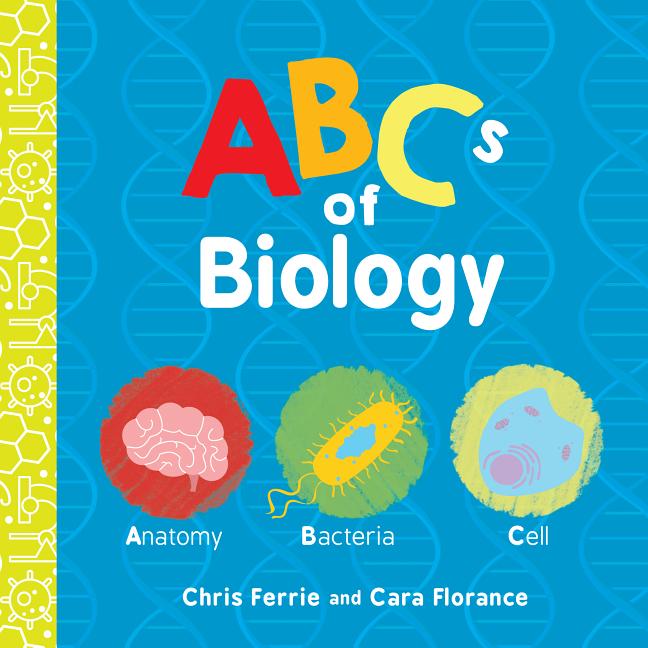 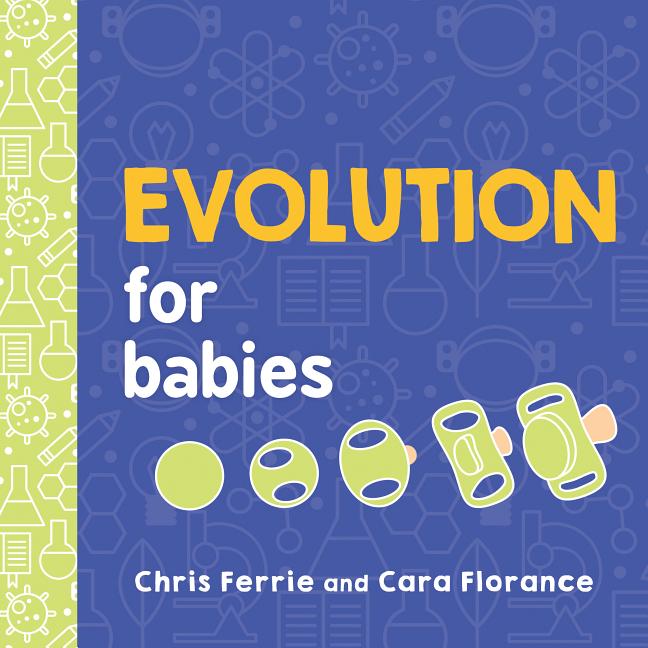 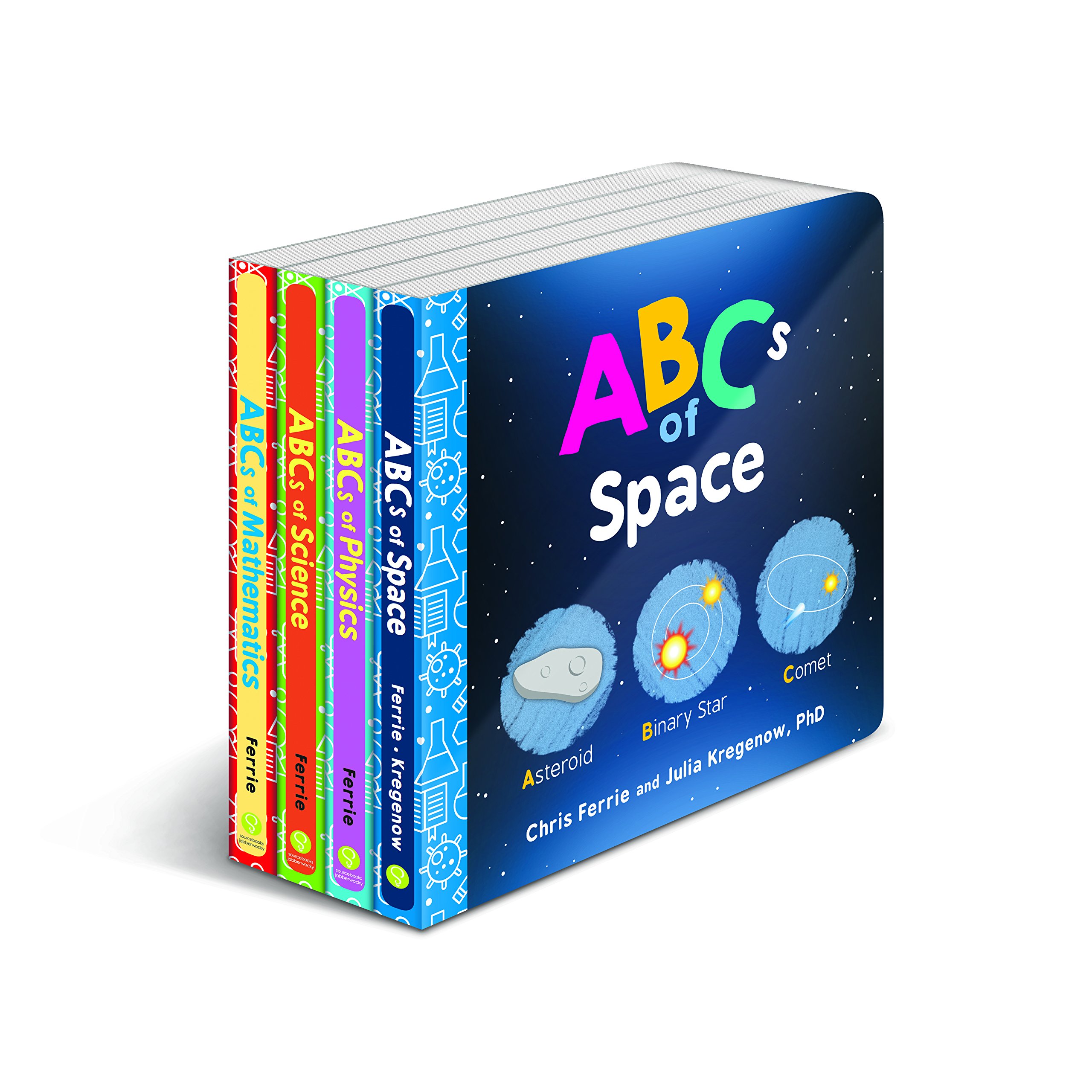 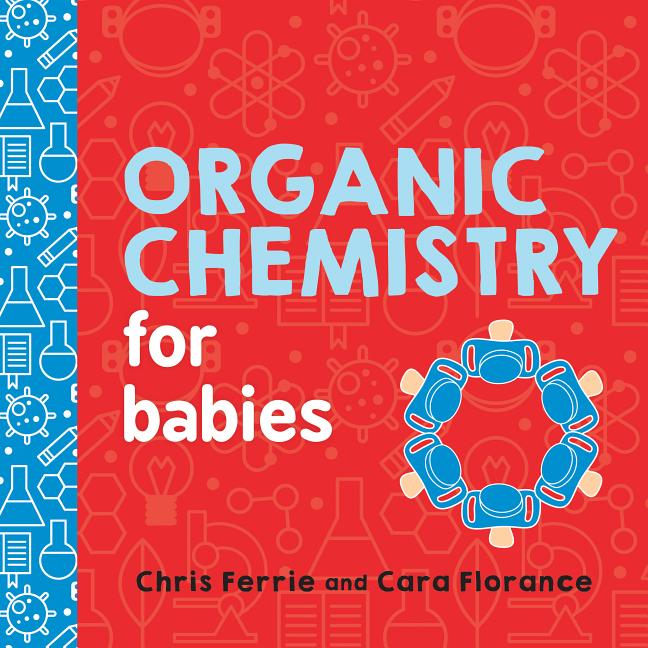 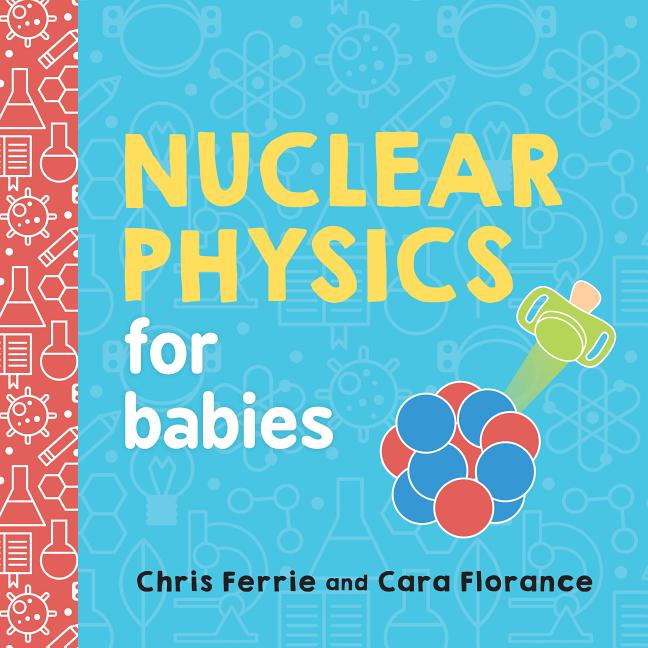 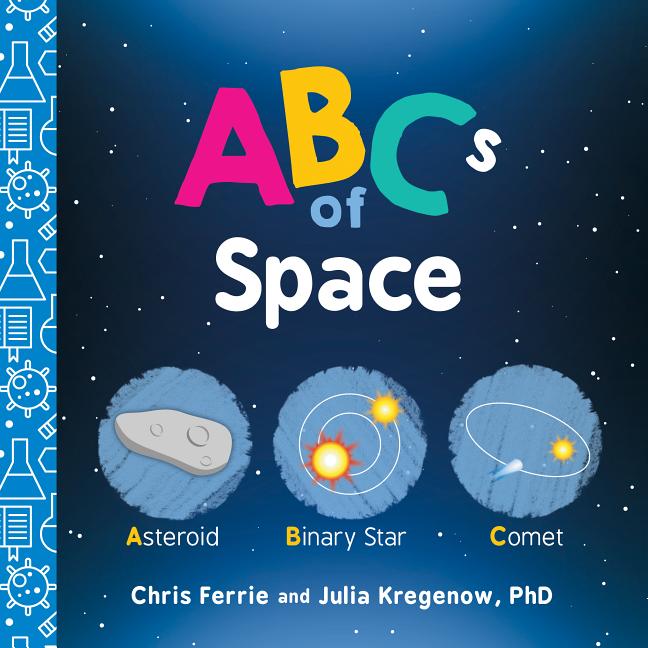 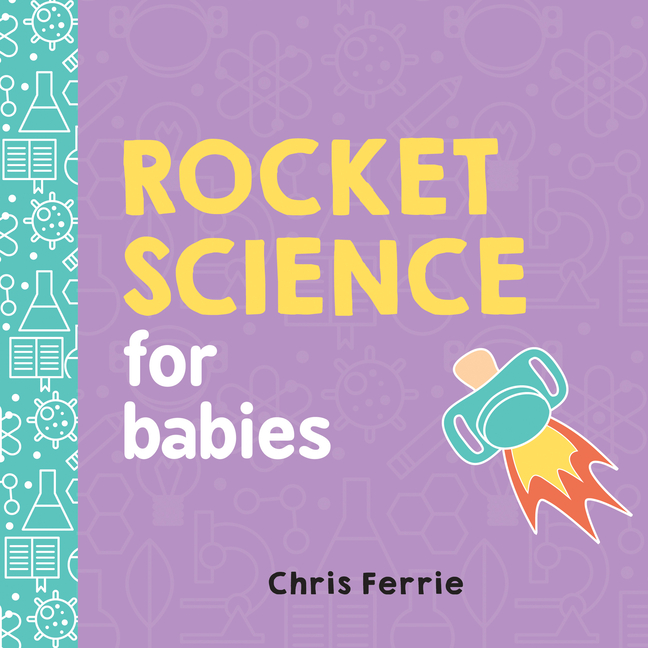 Ferrie delivers a cleanly designed introduction to how matter and energy interact on an atomic level; he begins with a recognizable blue ball, set against a white background, then goes deep. aAll balls are made of atoms, a he writes before lightly touching on the particles within atoms, the energy they possess, and how it is absorbed or released. Itas unclear, though, how much children will themselves absorb: aThis energy is quantizeda reads one page, but no explanation of the term is given, and the accompanying image (of three charged electrons) is identical to one used earlier to highlight the idea that aAll electrons have energy.a Simultaneously available: General Relativity for Babies Newtonian Physics for Babies and Rocket Science for Babies Up to age 3. (May) Copyright 2017 Publishers Weekly Used with permission.

Gr 5 Up--Ostensibly aimed at toddlers but more serviceable as stealth instruction for older students and caregivers who are a bit hazy on the basics of quantum and Newtonian physics, these board books attempt to explain concepts such as black holes, how rockets and airfoils work, and how energy--measured in quanta--moves electrons only to specific orbits around an atomic nucleus. In General Relativity, for instance, Ferrie, a physicist, uses grids and dots that are color-coded to words in the pithy captions to demonstrate how "mass drags space" and "space drags mass" and ultimately how two black holes spinning around each other "send ripples through space called gravitational waves" that "stretch and squish space throughout the universe." Each of these four outings (and there are more on the way) ends with an optimistic variation on "Now you know GENERAL RELATIVITY!" Not quite...but the taste may make the physical laws and phenomena on which our current understanding of reality is based more easily palatable when next encountered down the road. VERDICT As with Ruth Spiro's Baby Loves Quarks!, the topical reach is well beyond the grasp of even the most precocious young Einsteins, but their parents or older siblings may benefit from these quick refreshers.--John Peters, Children's Literature Consultant, New York