Playing peekaboo is more fun than ever with this rhythmic, whimsical board book from New York Times bestselling and award-winning duo Andrea Davis Pinkney and Brian Pinkney!

Here's the pretty brown face of me?

Cuddle up with your little one and play a happy game of peekaboo! You won't be able to resist this adorable board book with adorable rhymes and endless brown baby energy and fun. With bouncing, rhythmic text from New York Times bestselling author Andrea Davis Pinkney and warm, winsome illustrations from Caldecott Honor and Coretta Scott King Award-winning illustrator Brian Pinkney, this joyful celebration of roly-poly, perfectly huggable, oh-so-lovable little ones is just-right for the whole family all throughout the year! Take a peek to see what you can find! And what's the prize? The wonderous gaze of your bright brown bundle of joy!

This board book is part of the Bright Brown Baby publishing program, a celebration of Black and brown joy, babies, and families. And if you're looking for a gift-able picture book? Be sure to also check out the beautiful picture book treasury Bright Brown Baby to read Peek-a-You alongside four more poems. Just-right for new and expectant parents, baby showers, birthdays, graduations, and more! 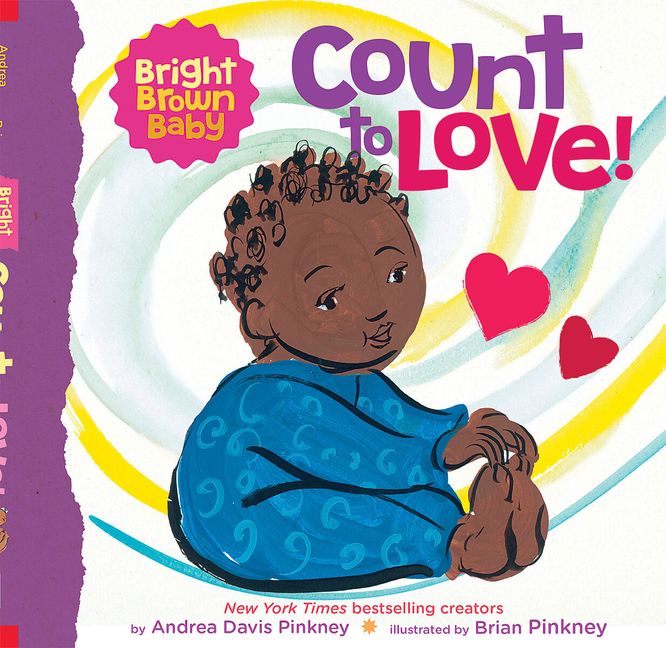 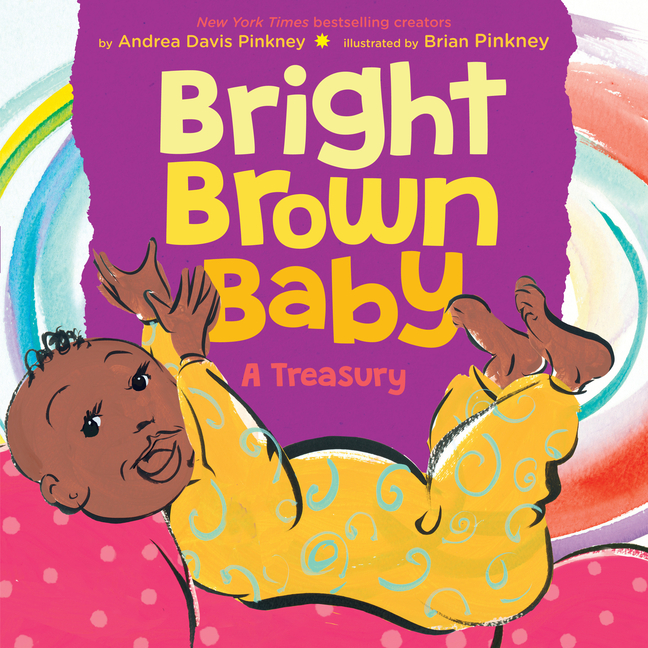 In a five-section treasury of poems... married collaborators Davis Pinkney and Pinkney (Loretta Little Looks Back) speak directly to children of color via joyful nursery-style rhymes and glad images of brown-skinned babies and adults with various skin tones... A radiant evocation of love.
The universality of the big and small world of the baby — everything is so new, but the sensation of being coddled is soothingly familiar — makes this a book for all families to share and savor.

Praise for Count to Love (A Bright Brown Baby Board Book):

A Parents Magazine Best Board Books for Babies, Toddlers, and Preschoolers of 2021

* The universality of the big and small world of the baby — everything is so new, but the sensation of being coddled is soothingly familiar — makes this a book for all families to share and savor. — School Library Journal, starred review

"The Pinkneys, prolific creators of books for children, offer a guide for caregivers to affirm their babies' senses of self-worth... the combination of encouraging text aimed at adults and simple text aimed at babies extends a hand to new parents wanting to tell their little ones how precious they are... A lovely gift and guide for new parents." — Kirkus Reviews

Praise for Martin Rising: A Requiem for a King by Andrea Davis Pinkney, illustrated by Brian Pinkney:

A Kirkus Reviews Best Book of the Year

A New York Public Library Best Book of the Year

A School Library Journal Best Book of the Year

* Each poem trembles under the weight of the story it tells... Martin Rising packs an emotional wallop and, in perfect homage, soars when read aloud. — Booklist, starred review

Praise for A Poem for Peter by Andrea Davis Pinkney, illustrated by Steve Johnson and Lou Fancher:

A Publishers Weekly Best Book of 2016

A Kirkus Reviews Best Book of the Year 2016

A Chicago Public Library Best Book of the Year 2016

* Those who love Peter (and who does not?) will relish the illustrations, particularly that of Keats holding hands with Peter under a snow-dappled tree. More to the point, Pinkney lets readers know what Peter meant and still means as a milestone in inclusive children's literature. 'He brought a world of white / suddenly alive with color.' A loving and forceful reminder that Keats' Peter is our Peter — always. — Kirkus Reviews, starred review

* Fancher and Steve Johnson's acrylic, collage, and pencil illustrations seamlessly integrate images from Keats' books into their own art, which employs a style complementary to the originals. Equally important they skillfully represent Pinkney's lyrical text, which sometimes requires historical accuracy, magic realism, and nods to future possibilities, all within one spread... This is an important book. — Booklist, starred review

Andrea Pinkney
Andrea Davis Pinkney and Brian Pinkney have collaborated on several award-winning picture books, including Duke Ellington: The Piano Prince and His Orchestra and Ella Fitzgerald: The Tale of a Vocal Virtuosa. They live in Brooklyn, New York. Brian Pinkney is the illustrator of many acclaimed books for children, including the Caldecott Honor Books Duke Ellington and The Faithful Friend, and the Coretta Scott King Award winner In the Time of the Drums.
Classification
Fiction
ISBN-13
9781338672404
Lexile Measure
N/A
Guided Reading Level
N/A
Publication date
February 20, 2022
Series
Bright Brown Baby