Login to Review
Reading Level: 2nd − 3rd Grade
Series: Over and Under

Common Sense Media Review
In this exuberant and lyrical follow-up to the award-winning Over and Under the Snow, discover the wonders that lie hidden between stalks, under the shade of leaves . . . and down in the dirt. Explore the hidden world and many lives of a garden through the course of a year! Up in the garden, the world is full of green--leaves and sprouts, growing vegetables, ripening fruit. But down in the dirt exists a busy world--earthworms dig, snakes hunt, skunks burrow--populated by all the animals that make a garden their home. 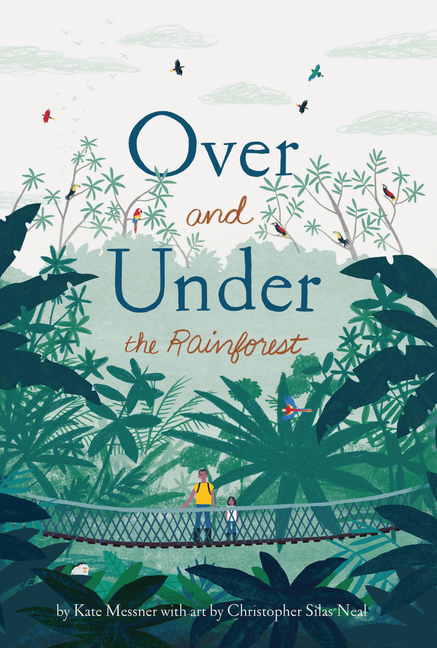 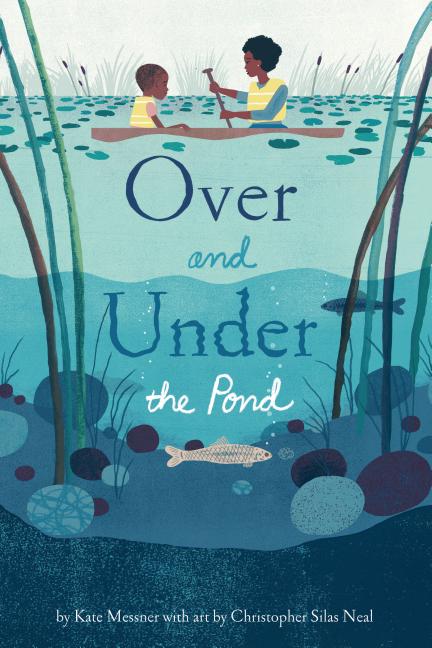 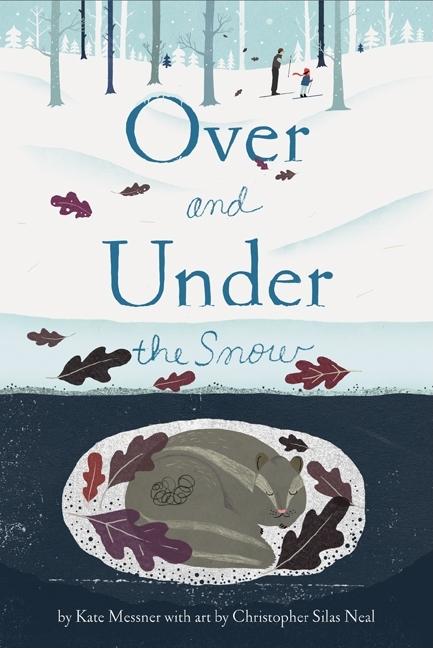 Gr 1-3--Beneath every garden lies a secret world down in the dirt. In this enchanting follow-up to Over and Under the Snow (Chronicle, 2011), Messner explores that underground realm. This yearlong adventure begins early in spring, with a young girl learning from her grandmother that the soil is still too cold and wet to begin planting. The pair make plans while earthworms and insects work in the dirt. As the year goes by, they tend to the garden, weeding, watering, and keeping away pests, and later harvesting vegetables. The illustrations are marked by rich brown earth tones, highlighted by brighter colors here and there (a red wheelbarrow, yellow boots) as the seasons reveal themselves slowly. Spreads detail the often unseen life all around the garden, such as a praying mantis that eats mosquitoes, pill bugs that chew through leaves, honeybees that pollinate flowers, and a garter snake that hunts grasshoppers. Neal effectively uses light and dark to show the contrast between night and day; an image of foraging rabbits by day is eventually replaced by a nighttime scene of skunks "[working] the night shift." Each page invites readers to linger over the quiet text, which gently moves the story along. Back matter includes an author's note and a complete listing of the many creatures mentioned throughout. VERDICT A beautiful, informative addition to any collection.--Frances E. Millhouser, formerly at Fairfax County Public Library, VA

Copyright 2015 School Library Journal, LLC Used with permission.
"This beautifully illustrated work shines a light on life beneath the surface."—Modern Luxury: Manhattan
Kate Messner
Kate Messner is the author of The Seventh Wish; All the Answers; The Brilliant Fall of Gianna Z., winner of the E. B. White Read Aloud Award for Older Readers; Capture the Flag, an SCBWI Crystal Kite Award winner; Hide and Seek; Manhunt; and the Ranger in Time and Marty McGuire chapter book series. A former middle-school English teacher, Kate lives on Lake Champlain with her family and loves reading, walking in the woods, and traveling. Visit her online at katemessner.com.
Greg Ruth has written and drawn stories for Dark Horse Comics, DC/Vertigo Comics, Fantagraphics, and the New York Times. He is also the illustrator of Our Enduring Spirit, a picture book edition of President Barack Obama's first inaugural address, and the creator of the graphic novel The Lost Boy. Greg lives and works in western Massachusetts. Visit his website at gregthings.com.
Classification
Non-fiction
ISBN-13
9781452119366
Lexile Measure
730L
Guided Reading Level
M
Publication date
March 20, 2015
Series
Over and Under
Giverny Award
Winner 2015 - 2015

Up in the Garden and Down in the Dirt (Over and Under)
Format: Hardcover
$16.19 $17.99
Adding to Book Bag...
Checkout
View Book Bag
Error while processing request