Common Sense Media Review
Sewer-loving secret agents Mango and Brash are plunged into a new mystery--and a BIG mess--in John Patrick Green's hilarious adventure-packed graphic novel, InvestiGators: Take the Plunge. S.U.I.T. headquarters is under attack, and Mango and Brash are going undercover and underground disguised as city sewer workers to unclog a sticky situation. But when their search for the criminal Crackerdile backfires, the toilets they travel through back up--and the InvestiGators take the blame for it! Can Mango and Brash restore their good name and put the real culprit behind bars before the whole city is in deep water? 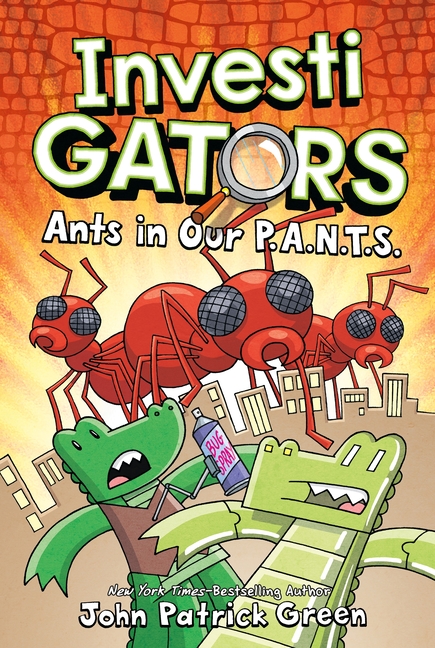 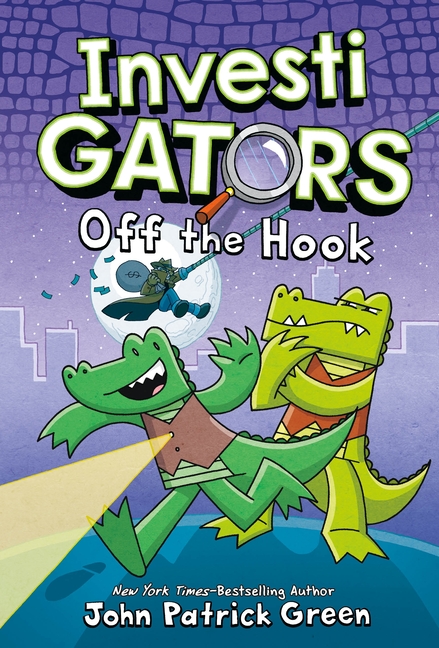 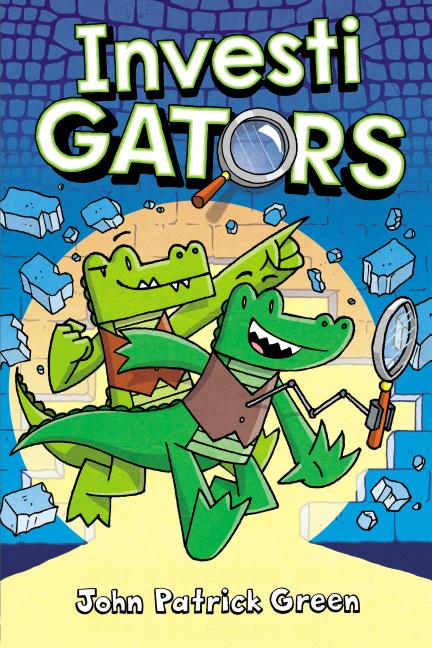 In this sophomore romp, the silly investi-gators take to the sewers to once again save their city.
Mango and Brash, the utility vest–sporting A- (for alligator) Team of the Special Undercover Investigation Team, are on the case to locate a rogue robot that received an accidentally transmitted code giving it the ability to combine two things (which is great in the case of the wheels and shoes that make rollerskates but suboptimal in the case of broccoli candy). Also seeking this bot is their foe Crackerdile, an ex–S.U.I.T. agent who’s been turned into a crumbly cracker. Crackerdile hopes to use the bot to combine himself with something less brittle. When the city floods, Brash and Mango are blamed and demoted, and S.U.I.T. assigns B-Team badgers Bongo and Marsha to the case. Green’s second entry in his ongoing graphic series is as fun and fast-paced as predecessor InvestiGators (2020), with its recognizable candy-colored art and high-octane punning. Young readers who like their humor dialed up to the max should feel right at home here with breezy bathroom humor, chuckle-causing wordplay (puns and goofy acronyms abound), and snort-inducing names including Bill Plungerman the plumber and a reporter called Cici Boringstories. Even for those unfamiliar with this series, this installment makes for a fine jumping-in point, and it should certainly whet appetites for the next proposed volume. Human characters display a variety of skin tones.
A surefire crowd pleaser. (Graphic fantasy. 7-10)
John Patrick Green
John Patrick Green is a human with the human job of making books about animals with human jobs, such as Hippopotamister, Kitten Construction Company, and InvestiGators. John is definitely not just a bunch of animals wearing a human suit pretending to have a human job. He is also the artist and co-creator of the graphic novel series Teen Boat!, with writer Dave Roman. John lives in Brooklyn in an apartment that doesn't allow animals other than the ones living in his head.
Classification
Fiction
ISBN-13
9781250219985
Lexile Measure
N/A
Guided Reading Level
N/A
Publication date
September 20, 2020
Series
InvestiGators