Ryan Hart has a lot on her mind--school, self-image, and especially family. Her dad finally has a new job, but money is tight. That means some changes, like selling their second car and moving into a new (old) house. But Ryan is a girl who knows how to make sunshine out of setbacks. As her brother says when he raps about her, she's got the talent that matters most: it's a talent that can't be seen, she's nice, not mean!

Ryan is all about trying to see the best in people, to be a good daughter, a good sister, a good friend. But even if her life isn't everything she would wish for, when her big brother is infuriating, her parents don't quite understand, and the unexpected happens, she always finds a way forward, with grace and wit. And plenty of sunshine.

Acclaimed author Renée Watson writes her own version of Ramona Quimby, one starring a Black girl and her family, in this start to a charming new series. 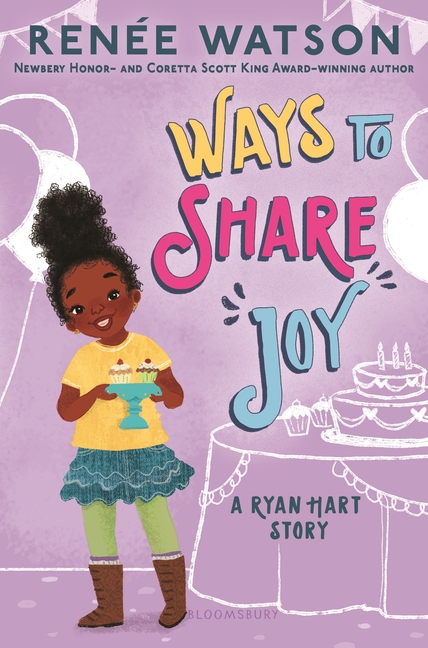 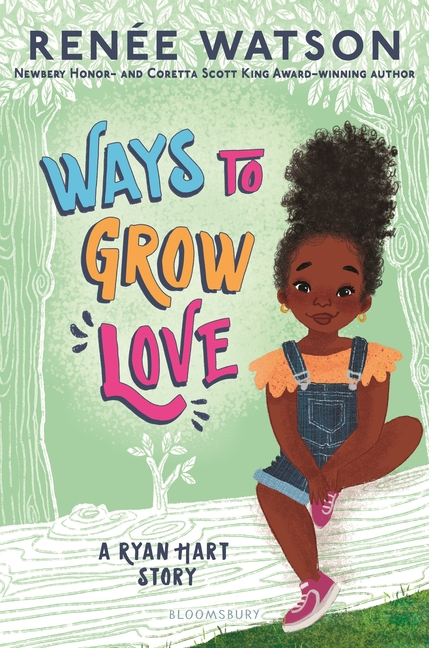 In this series opener, a loose reimagining of Ramona Quimby's exploits, Watson (Some Places More Than Others) adroitly captures the uncertainty of growing up amid change through the eyes of an irrepressible black girl. Fourth grader Ryan Hart's name means "king," and her parents encourage her to live up to it ("Dad is always telling me our people come from royalty... their strength is running through my veins"). Ryan tries her best, but it's hard sometimes, as when classmates tease her about having "a boy's name" and when her father loses his job, precipitating the family's move to a smaller, "not new at all" home. Despite the changed circumstances, Ryan brings optimism to everything she does: racing bikes against her "bossy and nosy" big brother, facing her fear of public speaking, and serving as her mother's sous chef. In vignette-style chapters, Watson warmly weaves together slice-of-life moments that capture youthful doubt alongside moments of loss and joy, showing a tight-knit family navigating difficulties with plenty of courage and plenty of love. Occasional illustrations by Mata (She's Got This) emphasize the story's joyful realism. Ages 7-10. Author's agent: Rosemary Stimola, Stimola Literary Studio. (Apr.)

Gr 3-5--In this first installment in a contemporary realistic African American middle grade series, Ryan Hart's family must relocate to another part of Portland, OR, because her dad isn't making as much money as he once did. Ryan is young girl confident in her gifts; she especially loves to cook. She is also capable of standing up for herself, particularly when she is teased for having a name more commonly given to boys. And she has a lively imagination; Ryan and her best friend, KiKi, get creative indoors when the Grand Floral Parade gets rained out, and prepare for the school talent show together. The theme of loving family and friends even through difficult times will resonate with readers. Cheerful black-and-white illustrations enhance the story and convey Ryan's effervescent personality. Watson deftly weaves the faith of her characters into her work. From Easter speeches to African American hair care, this book will give those whose lives are like Ryan's an opportunity to feel seen. For those whose lives are different, this book provides a clear window into a nuclear family dealing with familiar topics in a unique way. VERDICT A solid addition to realistic middle grade fiction with warm, loving family relationships.--Kristin Lee Anderson, Jackson County Library Services, OR

"Intermittently funny, frustrating, and touching. . . . Allows black readers to see themselves and all readers to find a character they can love. Move over Ramona Quimby, Portland has another neighbor you have to meet!" —Kirkus Reviews, starred review

"Adroitly captures the uncertainty of growing up amid change through the eyes of an irrepressible black girl." —Publishers Weekly, starred review "A beautifully rendered series of vignettes à la Beezus and Ramona featuring a Black girl developing into her own personhood, this is a strong start to a new middle-grade series. Ryan Hart is a vivacious child [...] with personality and spirit reminiscent of some of the most well-loved heroines in classic juvenile fiction tales." —Booklist, starred review "A fresh beginning to a new chapter book series featuring a girl who can coax out sunshine from behind the darkest storm." —Shelf Awareness, starred review "This brave new world we're living in sure could use more stories about these bright and imaginative girls who specialize in 'making a way out of no way.'" —The New York Times Book Review "Ryan Hart approaches challenges in her life with bravery, common sense, and humor. . . . a refreshing character." —Horn Book Magazine "Middle graders who like realistic fiction will enjoy getting to know this earnest girl and her supportive family." —School Library Connection "Plenty of charm . . . readers will look forward to Ryan's future adventures." —BCCB "The theme of loving family and friends even through difficult times will resonate with readers. Cheerful black-and-white illustrations enhance the story and convey Ryan's effervescent personality." —School Library Journal online "Timely and timeless." —Jacqueline Woodson, National Book Award winning author of BROWN GIRL DREAMING on PIECING ME TOGETHER "Watson, with rhythm and style, somehow gets at . . . the life-changing power of voice and opportunity, all wrapped up in Jade." —Jason Reynolds, author of ALL AMERICAN BOYS on PIECING ME TOGETHER "An important and deeply moving novel." —John Green, bestselling and award-winning author of THE FAULT IN OUR STARS on PIECING ME TOGETHER "Teeming with compassion and insight." —Publishers Weekly, starred review, on PIECING ME TOGETHER "A timely, nuanced, and unforgettable story." —Kirkus Reviews, starred review, on PIECING ME TOGETHER "A nuanced meditation on race, privilege, and intersectionality." —SLJ, starred review, on PIECING ME TOGETHER "Will resonate with many readers." —BCCB, starred review, on PIECING ME TOGETHER
Renée Watson
Renée Watson has worked as a teaching-artist for more than ten years, teaching creative writing and theater to elementary, middle and high school students. In 2006 Renée travelled to New Orleans where she facilitated poetry and theater workshops with children coping with the aftermath of Hurricane Katrina. Renée lives in New York, New York. This is her first picture book. You can visit Renée online at www.reneewatson.net.
In 2009, Shadra Strickland received the American Library Association's John Steptoe Award for New Talent and the Ezra Jack Keats New Illustrator Award for Bird, her first picture book. Shadra visited New Orleans to research this book, and she was awed by the art scene, the rich culture, and the wonderful people of the city. Shadra lives in Brooklyn, New York.
Classification
Fiction
ISBN-13
9781547600564
Lexile Measure
N/A
Guided Reading Level
N/A
Publisher
Bloomsbury Publishing PLC
Publication date
April 20, 2020
Series
Ryan Hart Story
BISAC categories
JUV039090 - Juvenile Fiction | Social Themes | New Experience
JUV011010 - Juvenile Fiction | People & Places | United States - African-American
JUV013000 - Juvenile Fiction | Family | General
Library of Congress categories
African Americans
Families
Family life
Schools
Oregon
Portland (Or.)
Portland
Texas Bluebonnet Awards Master List
2021 - 2022