It's field trip day, and students are excited to travel on their yellow spaceship bus from their space station to the moon. Climb aboard the spaceship bus for a fantastic field trip adventure to the moon. Once they land, students debark and set out with their teacher to explore. They jump over trenches and see craters and mountains on the moon's surface and even Earth in the faraway distance. One student takes a break to draw some pictures, falls asleep, and wakes up to discover that the rest of the class and the spaceship are gone. How the student passes the time waiting to be rescued makes for a funny and unexpected adventure that will enchant children all over the galaxy.

With rich atmospheric art, John Hare's wordless picture book invites children to imagine themselves in the story--a story full of surprises including some friendly space creatures. Published in time for the fiftieth anniversary of the first moon walk, it is a perfect complement to discussions and lessons on the moon landing. 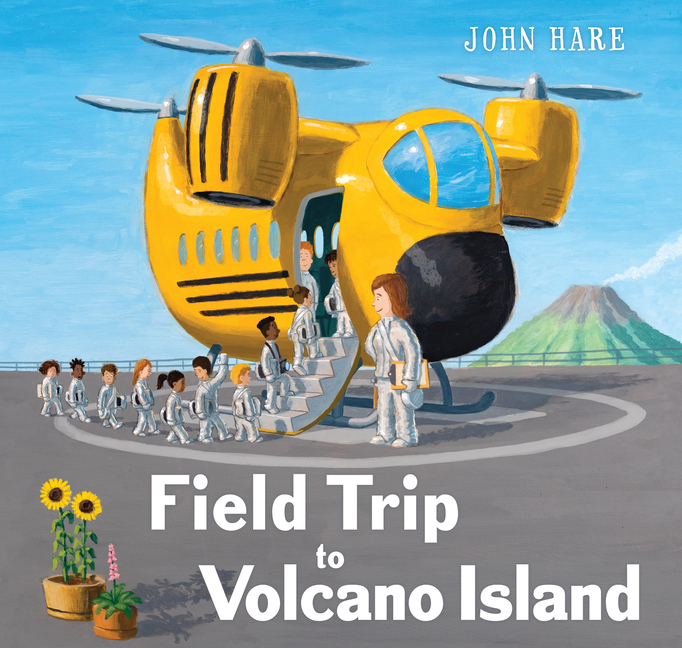 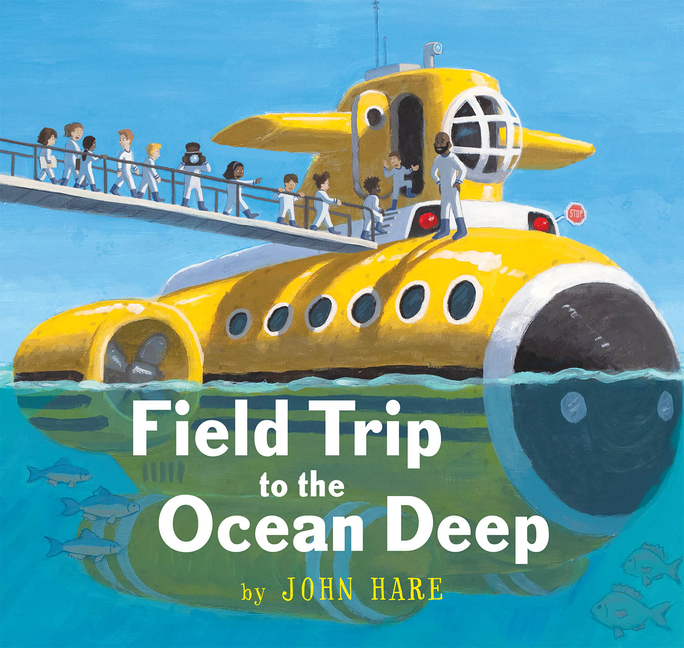 A close encounter of the best kind.

[The] sly but easy-to-follow linear narrative is told through a well-paced mix of panels (circular, horizontal, and vertical), full-pages, and double-page spreads, with pops of color (the yellow of the school bus-like space-ship, the color-filled crayon box) that are highly effective. The moon creatures, despite their minimalist features, are very expressive, as is the child--whose face remains hidden behind a space-mask until the last page.

PreS-Gr 2--Hare's picture book debut is a winner. His wordless tale in acrylic paint depicts a typical class field trip to the moon--the school bus ship, the trek across a gray lunar surface, the leap over a big chasm, a lecture on craters, and the one kid who lags behind. In this case the kid who lags behind is armed with crayons and a sketch pad. After wandering off to sketch the Earth and accidentally napping, the child awakens to discover the bus ship leaving! Despite some initial panic, the youngster settles in to draw and wait for its return, unknowingly attracting a crowd of gray aliens fascinated by the colored crayons. A hilarious fun fest of aliens drawing--on paper, on rock, on one another--ensues until the bus returns and they fade back into the moon dust. The happy reunion is marred only when the teacher notices the drawings on the rock that the child must remove before they leave. It is only on the final page that the face of the protagonist is revealed to be that of a dark-haired girl. Hare flawlessly and convincingly depicts the emotions of his characters -- the desire to draw, the panic of being left behind, the joy of being remembered, and everything in between--all while they are wearing space suits with black, opaque face shields. His gray yet surprisingly detailed moonscape is both the setting and a character in its own right; his depiction of the aliens as gray humanoids amazed by color is genius. VERDICT A beautifully done wordless story about a field trip to the moon with a sweet and funny alien encounter; what's not to like? A must-have for most libraries.--Catherine Callegari, Gay-Kimball Library, Troy, NH

Told through wordless spreads, a classroom of child astronauts takes a yellow school bus rocket to their destination. One student lags behind the others, sketch pad and crayons in tow, and finds a quiet moon rock to sit behind while drawing (and napping). In a gaspworthy moment, the young astronaut realizes that the ship has left. But the consummate artist continues drawing, attracting the attention of a small group of friendly aliens--whose skin tones perfectly match the dusky gray of the moon's surface and who marvel at the crayons' varied hues. Readers may have mixed feelings about the eventual rescue (the aliens seem like a lot of fun), but a final spread showing the child's face for the first time (a shaggy-haired kid with just a single gray crayon left) makes the story all the more relatable. A clever and noteworthy tale of lunar adventure. Ages 4-8. (May)

A School Library Journal Best Book of the Year

A Horn Book Best Book of the Year

A Bank Street Best Book of the Year - Outstanding Merit

An ALA Notable Children's Book