Common Sense Media Review
Ben and Fee MacTavish are twins who've been homeschooled on a submarine. Now they're heading to the School Ship Tobermory. This is no ordinary school--it's a sailing ship where kids from around the world train to be sailors and learn about all things nautical. Come aboard as the kids set sail for their first adventure. Ben and Fee make friends as they adjust to life aboard the Tobermory. When a film crew arrives on a nearby ship, the Albatross, Ben is one of the lucky kids chosen as a movie extra. But after a day's filming, his suspicions are aroused. Are the director and crew really shooting a film? Or are they protecting a secret on the lower decks of the Albatross? Ben, Fee, and their friends set out to investigate. Are they prepared for what they might find? 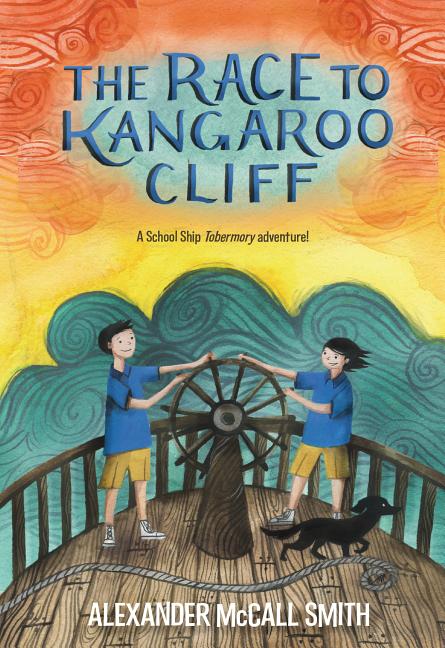 A schooner that serves as a boarding school is the inviting setting for this breezy series opener from bestselling author Smith. Twelve-year-old twins Ben and Fee MacTavish, who board the Tobermory on the Scottish Isle of Mull, have spent ample time on their parents' research submarine, but they have never been on a sailing ship; readers learn nautical lingo and the basics of seafaring along with the good-natured siblings. The story's central mystery involves a sailboat moored nearby, purportedly carrying a team making a pirate movie. After some students are recruited as extras for the film, they realize that something fishy is going on, and their sleuthing uncovers the crew's true, nefarious mission. Playful characterization grounds Smith's story as he introduces an international cast that includes bullies Hardtack and Shark, a friendly Australian girl, a Scots stowaway on the run from abusive relatives, and a sea-savvy American boy who becomes Ben's first real friend. Featuring crosshatched and silhouetted images, McIntosh's woodcut-like spot illustrations, which include some comics-style sequences, fit right in with the setting, evoking vintage nautical prints. Ages 8-12. (Oct.)

Copyright 2016 Publishers Weekly, LLC Used with permission.
Alexander McCall Smith
Alexander McCall Smith is the author of the No. 1 Ladies' Detective Agency series, the Isabel Dalhousie series, the Portuguese Irregular Verbs series, the 44 Scotland Street series, and the Corduroy Mansions series. He was born in what is now known as Zimbabwe and lives in Scotland, where in his spare time he is a bassoonist in the RTO (Really Terrible Orchestra).
Classification
Fiction
ISBN-13
9780399552618
Lexile Measure
710L
Guided Reading Level
0
Publication date
October 20, 2016
Series
School Ship Tobermory
Age Range
8 - 12 years