The horses of Disney gallop out of their fairy tales--and into our world--in this second adventure in a magical new chapter book series from Kiki Thorpe, the New York Times best-selling author of the Never Girls.

Maddie and her sister, Evie, live on a farm with a magical wishing well. Maddie loves horses. Evie knows everything there is to know about fairy tales. When a mixed-up wish brought a fairy-tale horse named Maximus into their lives, they had to find a way to get him home. Happily-ever-after depended on it! But just when they think their adventure is over, a beautiful Shire horse named Angus appears . . . and changes their fate. 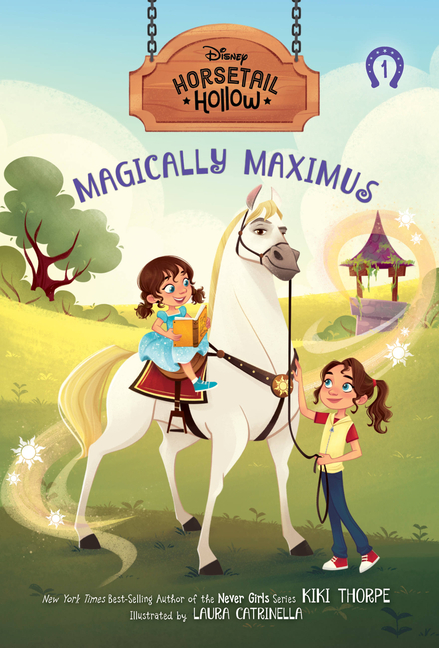 Kiki Thorpe
Kiki Thorpe grew up in Idaho and learned to ride horses on the trails of the Wood River Valley. She is the New York Times best-selling author of more than thirty books for young readers. Her work includes The Never Girls series, which has been published in twenty-four countries, and the follow-up series Finding Tinker Bell. She lives with her family in Colorado. To find out more about her books, visit www.kikithorpe.com
Classification
Fiction
ISBN-13
9781368072250
Lexile Measure
N/A
Guided Reading Level
N/A
Publication date
July 20, 2022
Series
Horsetail Hollow