Common Sense Media Review
Princess Florizella may live in a classic fairy-tale world, but she's no ordinary princess... This third volume in THE PRINCESS RULES series sees the feisty princess take her baby brother and best friend, Bennett, on another round of adventures together.Can they rescue their new-found friend the sea serpent from a travelling circus? And hold back the pirate, Five-fathom Freida. Or will Florizella's worst fairygodmother prove that in a fairytale world, you really do have to be careful what you wish for?... 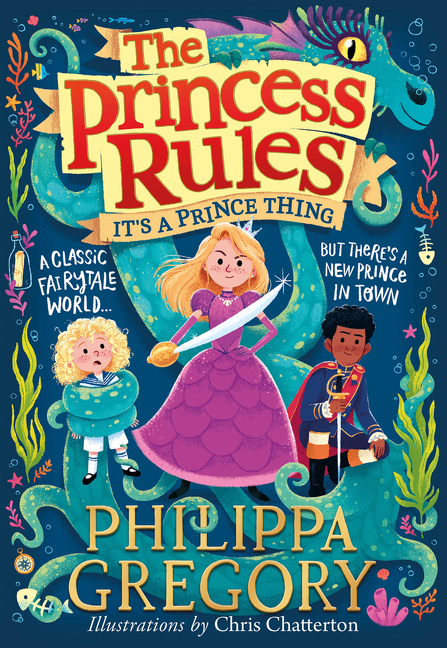 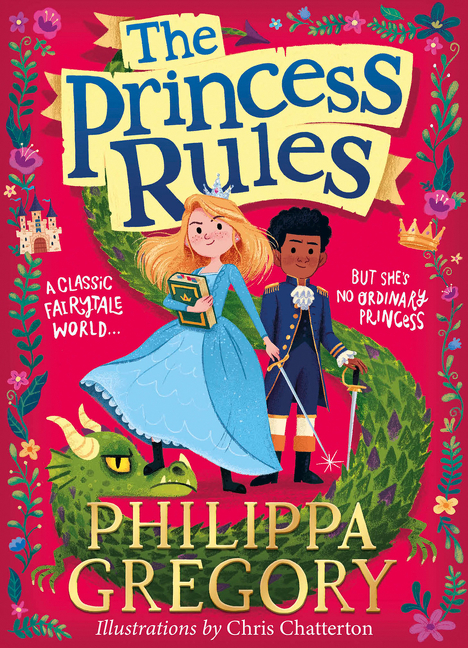 Princess Florizella is back for more adventure in this third installment of the series. The royal family is in a bit of an uproar because a Mammoth, who speaks like a baby, and a Sea Serpent, who used to eat princesses, are causing quite the disturbance at the castle. The unlikely pair are having a rollicking good time playing "Grandmother's Footsteps" under the royal drawbridge, causing a horrific racket and making the King and Queen most irritable. Florizella, her younger brother Prince Courier, and their good friend Prince Bennett are tasked with fixing this untenable situation. As luck would have it, Countess N'Asty, the worst witch in Fairytale land, shows up looking to collect specimens for her "Rare and Disagreeables" show. When she offers the Sea Serpent a spot, it seems as if everyone's prayers have been answered. As time passes, word reaches the children that the serpent is acutely homesick and is being held against his will. A rescue plan is set in motion, and it is ultimately up to the cowardly Mammoth to find his courage and "wescue" his best friend from the odious witch. Princess Florizella, the sometimes dress-wearing Prince Courier, and the charming Prince Bennett make a lovely team and each one shines with their own strengths. This mischievous and delightful tale by the acclaimed Gregory would be a shoe-in for a classroom read aloud. VERDICT Suggest to readers who have graduated from Nancy E. Krulik's "Princess Pulverizer" series and are looking for similarly empowering stories.—Amy Nolan

Philippa Gregory is an internationally renowned author of many bestselling novels. Works that have been adapted for television and film include A Respectable Trade, The Other Boleyn Girl and The Queen's Fool. Philippa founded the charity: Gardens for the Gambia over twenty years ago which has raised funds and paid for over 200 wells in the primary schools of this African country.

Philippa Gregory lives with her family on a small farm in Yorkshire.