Meet two robots who are best friends and learn through their mistakes and make-ups that even robots aren't perfect in this silly and sweet three-part picture book. 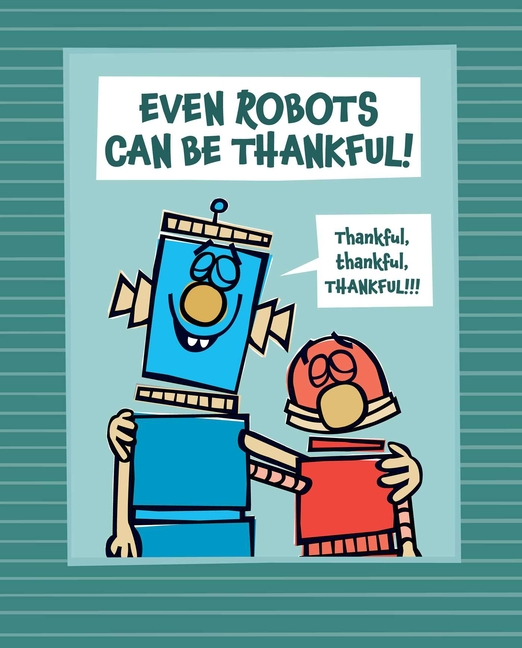 Thomas's (The Chicken Who Couldn't) early reader graphic novel in three sections centers on mishaps and misunderstandings that test the friendship of two robots whose eager eyes, round schnozzes, and tendency toward slapstick brings to mind circus clowns. The first story, "Magnificent Paintings," finds pals Red Robot and Blue Robot squabbling about each other's paintings: "THE TREE IS NOT CHASING A ZEBRA!!!" Red Robot yells when Blue Robot proffers a well-meaning but evidently inaccurate description. (Red Robot, meanwhile, fails to recognize that Blue Robot's seemingly empty canvas depicts a portrait of a gnat.) In "Nobody Likes to Rust," an umbrella that Blue Robot gives Red Robot picks up a gust of wind and drops the latter right into a puddle. And the final vignette, "The Perfect Plan," finds Red Robot's intentions for a dinner party foiled when it accidentally sits on the main course. But no matter how much things veer from the optimal, the two robots end each story affirming their friendship. The jokes and message may be slightly on-the-nose for older readers, but Thomas achieves a nice comic balance between dialogue and pratfalls, and younger readers will be tickled by the good-natured humor. Ages up to 8. (Jan.)