A companion novel to Finding Langston, recipient of a Coretta Scott King Writing Honor and winner of the Scott O'Dell Award for Historical Fiction.

Behind every bad boy is a story worth hearing and at least one chance for redemption. It's 1946 and Lymon, uprooted from his life in the Deep South and moved up North, needs that chance. Lymon's father is, for the time being, at Parchman Farm--the Mississippi State Penitentiary--and his mother, whom he doesn't remember all that much, has moved North. Fortunately, Lymon is being raised by his loving grandparents. Together, Lymon and his grandpops share a love of music, spending late summer nights playing the guitar. But Lymon's world as he knows it is about to dissolve. He will be sent on a journey to two Northern cities far from the country life he loves--and the version of himself he knows.

In this companion novel to the Coretta Scott King Honor wining Finding Langston, readers will see a new side of the bully Lymon in this story of an angry boy whose raw talent, resilience, and devotion to music help point him in a new direction.

Praise for Finding Langston, a Coretta Scott King Honor Book and winner of the Scott O'Dell Award for Historical Fiction

"There aren't any explosions in this spare story. Nor is there a happy ending. Instead, Langston discovers something more enduring: solace."--The New York Times

* "This is a story that will stay with readers long after they've finished it."--School Library Journal, Starred Review

* "The impact on the reader could not be more powerful. A memorable debut novel."--Booklist, Starred Review

* "A fascinating work of historical fiction . . . Cline-Ransome at her best."--Kirkus Reviews, Starred Review

* "Finding Langston is about cultural heritage and personal growth and, at its heart, about finding home wherever you land."--Shelf Awareness, Starred Review 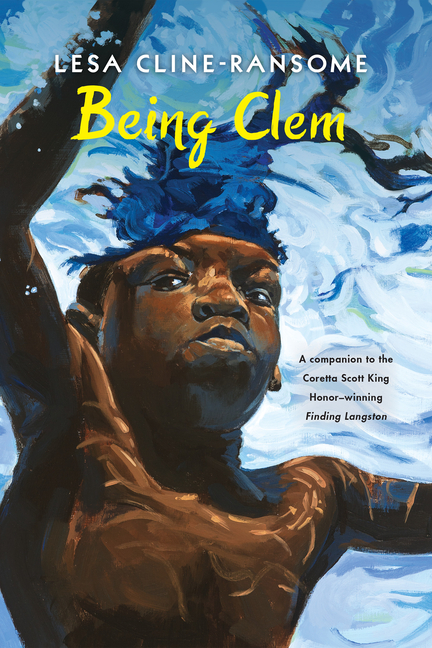 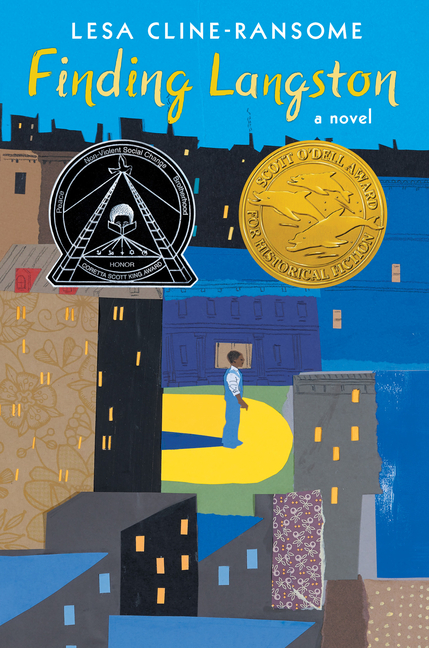 Gr 3-7--This companion to Finding Langston is set between the years of 1938 and 1947 when African Americans lived under Jim Crow laws. The novel opens with Lymon and his paternal grandparents, Ma and Grandpops, visiting Parchman Farm, where Lymon's father is incarcerated. In the evenings, Grandpops teaches Lymon how to play Delta blues on the guitar. When Grandpops dies, Ma and Lymon move from Mississippi to Milwaukee to be near family, and Lymon takes Grandpops' guitar with him. Lymon's frustration with his father's absence and school discipline leads to truancy, which Ma overlooks as she grows ill. When Ma has to be hospitalized, Lymon's mother, who lives in Chicago, takes him in. Unfortunately, Momma's husband Robert beats Lymon, breaks his guitar, and takes money that Aunt Vera sent to Momma. Lymon runs away with the money, and ultimately lands himself in the Arthur J. Andy Home, a juvenile detention center. Like its predecessor, this novel is set during the Great Migration, and readers learn that Lymon is one of Langston's bullies. Cline-Ransome focuses on the unfair treatment of black men and boys, a problem that endures today. Throughout the story, location and music are tied to Lymon's character arc: when Lymon is able to play in the band at the juvenile detention center, he begins to envision his new life with Ma and Daddy. Major and minor characters are equally well crafted. Through characters of all ages, Cline-Ransome explores how a person's treatment of others is developed through nature and by the circumstances they have been dealt. VERDICT Balancing rich history and timeless themes of race, instability, and the importance of music and the arts, this title is another must-have from Cline-Ransome.--Liz Anderson, DC Public Library

★ Cline-Ransome's masterful storytelling will keep readers enthralled . . . A captivating novel about a boy whose story will leave readers wanting more.—Kirkus Reviews, Starred Review ★ Lymon's life is a study of a boy who perpetually falls through the cracks, and who internalizes the painful lesson that the only person he can count on is himself. Cline-Ransome demonstrates a mastery of character development that deftly weaves historical and sociological nuances of an African American family.—The Horn Book, Starred Review Although readers of Finding Langston will appreciate the cannily crafted intersection of the two novels, readers who discover Lymon first will find the experience equally rewarding. —The Bulletin of the Center for Children's Books In this companion to her Coretta Scott King Honor Book Finding Langston (2018), Cline-Ransome digs deep into the story of Lymon, the boy who bullied Langston. . . . Lymon's strong first-person narrative does an excellent job of capturing both the boy's confusion and disappointment, though his transformation into a bully is muted, as is the scene where he rips Langston's book. This is at its best when depicting the strong relationships that keep Lymon afloat, and the hopeful ending will uplift readers.—Booklist Ultimately redemptive and truly heartwarming, this character study—a stand-alone companion to the award-winning Finding Langston (Holiday House 2014)—is at once devastating and deeply beautiful. Very brief chapters are broken down into four sections (Daddy, Momma, Lymon, and Us), facilitating enhanced readability for younger grades, while the subject matter and the masterpiece of an author's note will reach those in middle school. Indeed, Lymon's story is one of hope amidst great adversity and should be considered compulsory reading to all age levels. —School Library Connection