Louie and Ralphie Ratso have a genius idea: if they clear out the lot down the street, they can use all the junk lying around to build makeshift games for a Big City Fun Time Arcade!

With their friends to help, they'll be able to recycle all the old abandoned stuff into whack-a-mouse, a high-striker, a fortune-telling booth, and more. Everyone says the house next to the lot is haunted, but if Louie just pretends it's not there, maybe he can ignore the goose bumps he gets every time he looks at it. Ralphie's head's not exactly in the game, either, because of some rumors that have been swirling around school. But they're Ratsos, and like their dad, Big Lou, Ratsos aren't afraid of anything -- right Kara LaReau and Matt Myers team up for a second surprisingly touching chapter book proving that sometimes the things you fear the most aren't at all what you thought -- and might be exactly what you need to feel better. 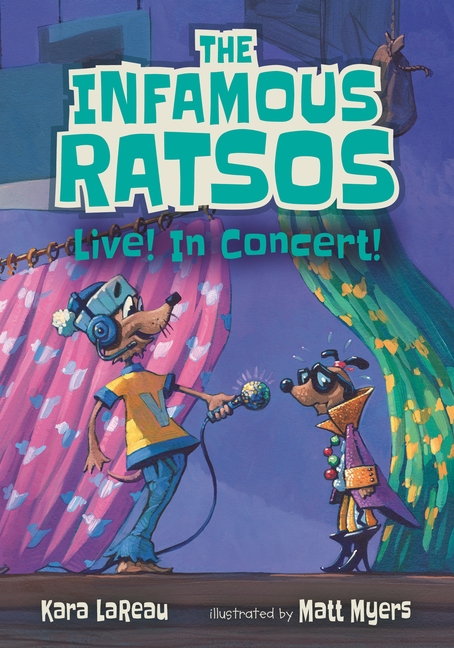 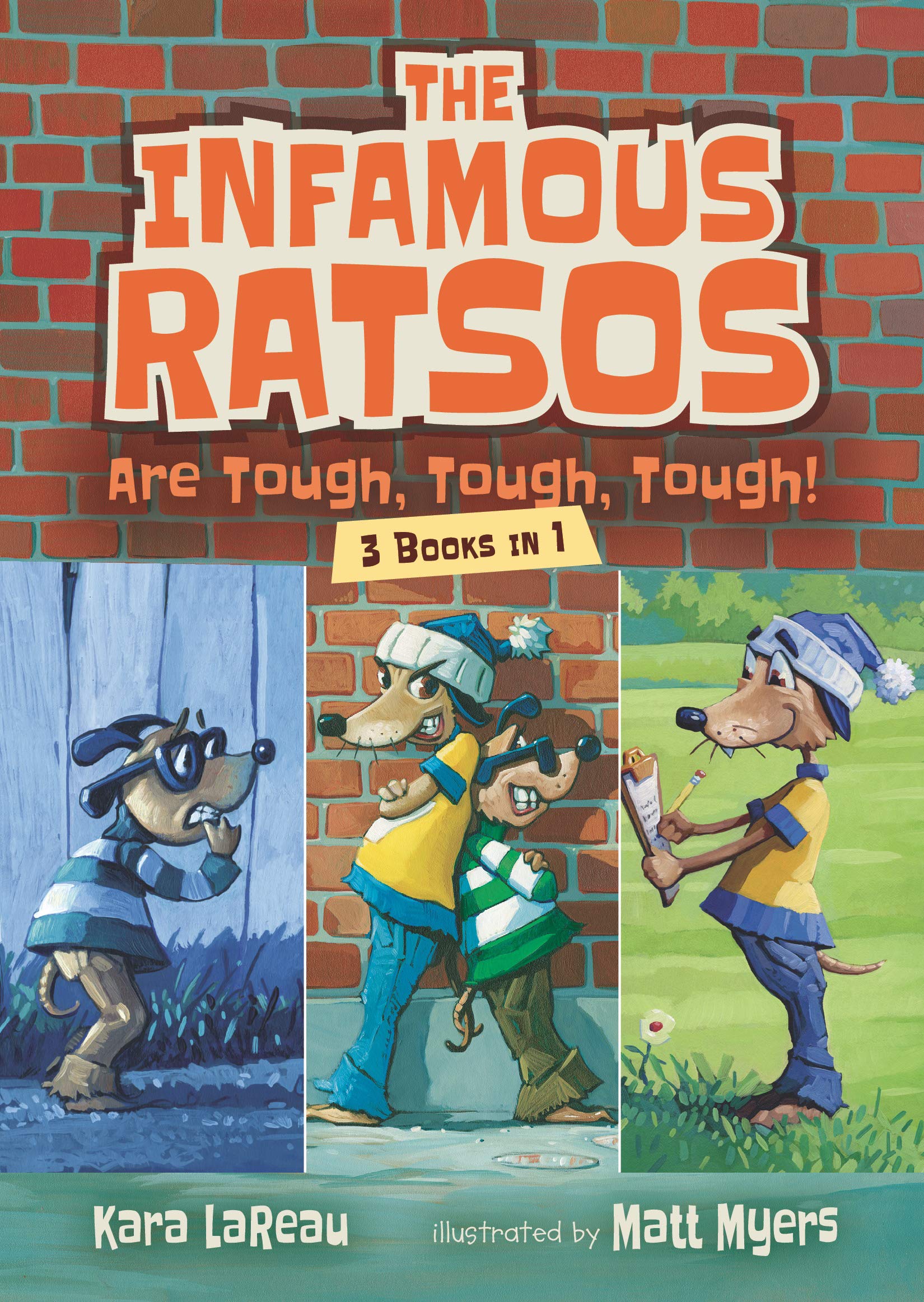 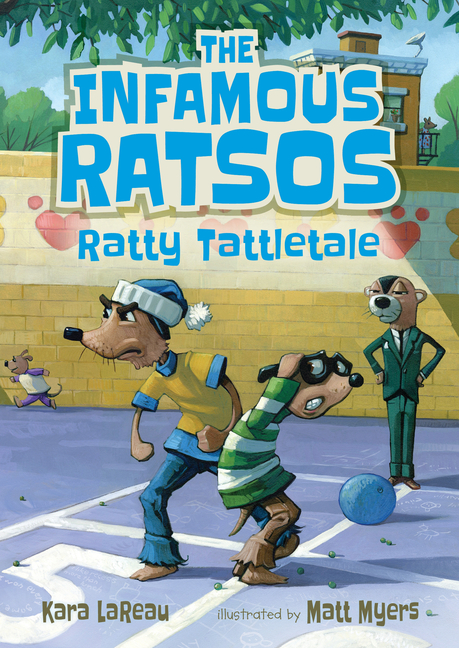 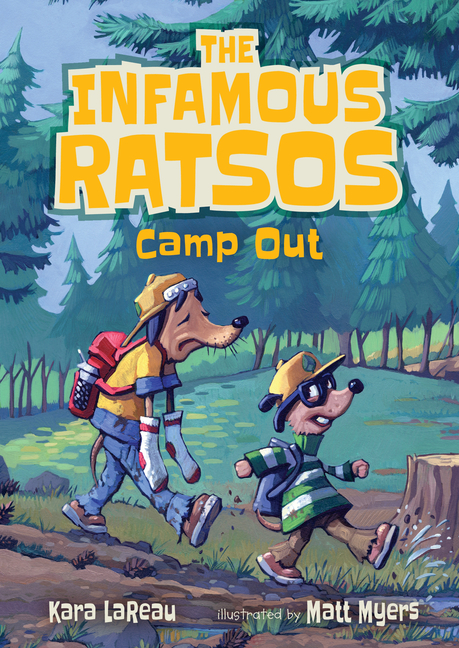 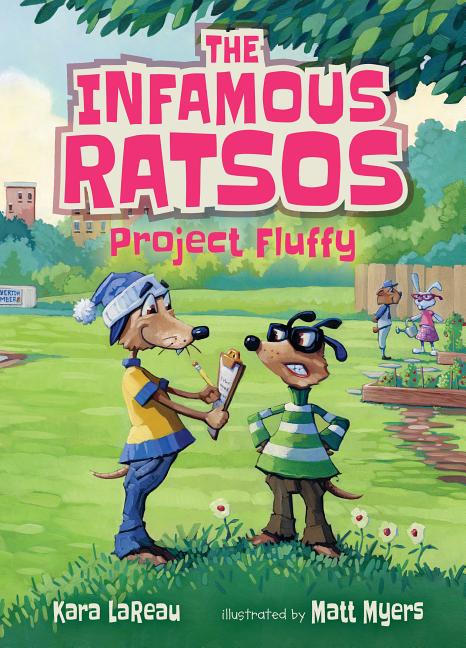 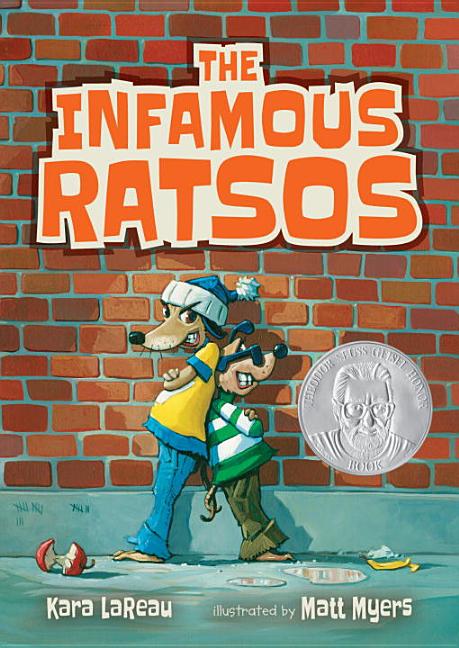 The arcade's triumphant opening adds an upbeat closing flourish to another tale for fledgling chapter book readers that highlights the profound value of kindness to others.

Gr 2-4--This second book in the series takes a look at facing one's fears and telling the truth. Louie and Ralphie Ratso are brothers with a plan: build a Big City FunTime Arcade that offers carnival games for neighborhood kids. With the help of their friends, they clean up a vacant lot located next to the neighborhood's haunted house, despite Louie's fear of the ghosts that may live there. Ralphie has his own troubles when a story circulates around school that he has a girlfriend, Stinky Stanko, known only for her overpowering odor. Who started the rumor, and how will he stop it? As Louie and Ralphie face their respective fears, they discover their own roles in creating them, and learn that the answer to facing fear is having the courage to look past beliefs and see the truth. LaReau's dialogue is fast-paced and funny, and the frequent black-and-white illustrations by Myers further develop the characters. The story is believable and resolves in a realistic way without feeling heavy-handed. However, the large number of secondary characters, many introduced in the first book in the series, might leave new readers feeling out of the loop. VERDICT A strong chapter book that will appeal to both newly independent and slightly older but reluctant or stuggling readers.--Casey O'Leary, Mooresville Public Library, IN

Copyright 2017 School Library Journal, LLC Used with permission.
"Short chapters with lots of cartoonlike pictures make this perfect for those starting to read chapter books." —Providence Journal
Kara Lareau
Kara LaReau is the author of a number of picture books, including Ugly Fish, Mr. Prickles, and Otto: The Boy Who Loved Cars, all illustrated by Scott Magoon. She lives in Providence, Rhode Island, with her family. Matt Myers is the illustrator of E-I-E-I-O: How Old MacDonald Got His Farm with a Little Help from a Hen by Judy Sierra, and Bartholomew Biddle and the Very Big Wind by Gary Ross, as well as many other books for young readers. Matt Myers lives in Charlotte, North Carolina.
Classification
Fiction
ISBN-13
9780763676377
Lexile Measure
600L
Guided Reading Level
N/A
Publication date
September 20, 2017
Series
Infamous Ratsos