Common Sense Media Review
Clark the Shark loves Christmas more than anyone! When Clark's class organizes a Secret Santa exchange, Clark decides to find out who will be giving him a present . . . and forgets to get a present for his Secret Santa! What will happen on the day of the gift exchange? Will Clark learn about Christmas giving? Featuring bright, colorful artwork from Guy Francis and hilarious read-aloud text from Bruce Hale, this Clark the Shark picture book is the perfect story for Christmas reading fun.Clark the Shark: Afraid of the Dark is a 2016 Children's Choice Book Award finalist! 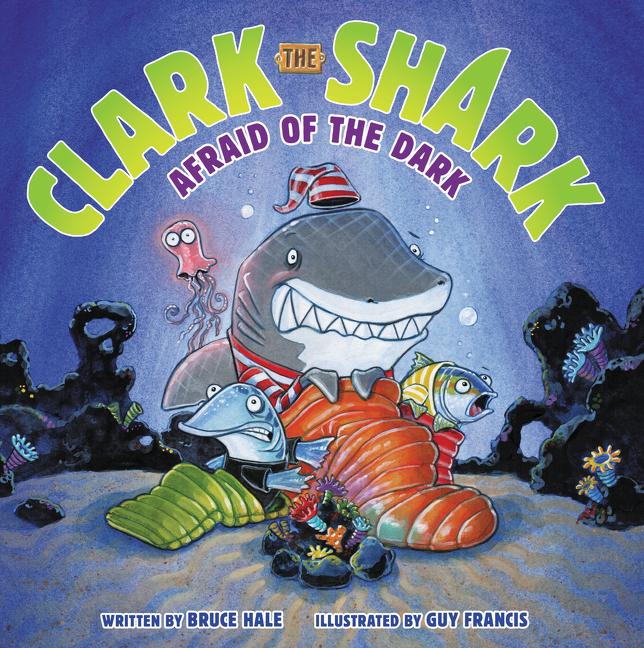 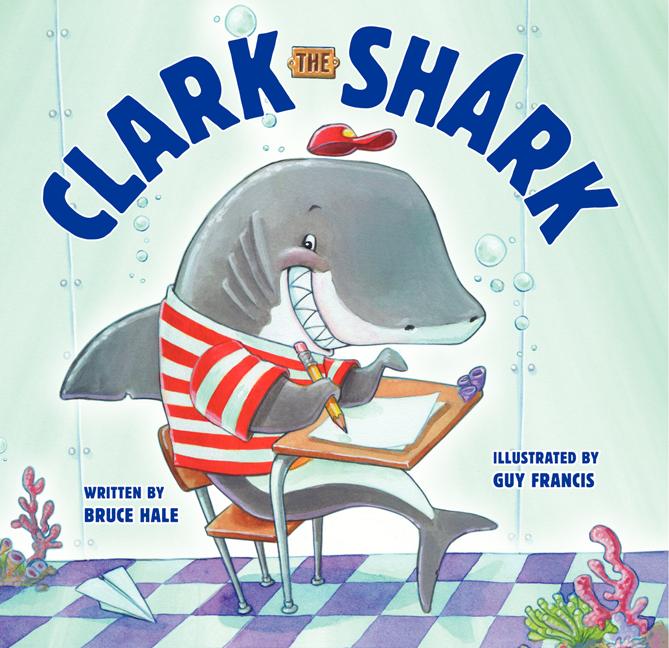 Hale and Francis continue their popular series about the boisterous shark named Clark with a story about a Secret Santa gift exchange in his classroom.

The Christmas holiday is celebrated at Theodore Roosterfish Elementary, and all the sea-creature students are to draw names for their gift exchange. The teacher, a pink octopus named Mrs. Inkydink, explains the rules of the Secret Santa plan, and Clark draws the name of Benny Blowfish. Clark’s focus over the next weeks is on his own forthcoming gift and who his Secret Santa might be rather than on what present he’ll give to Benny. By the time of the gift exchange, unprepared Clark gives Benny his own Captain Suckermouth comic book as a last-minute gift, feeling bad about his lack of preparation. In a neatly satisfying twist, Benny is also Clark’s Secret Santa and gives Clark the very same comic book for his gift. Clark’s exuberant character and basically good heart shine through his bluster, and he even learns a little lesson about the spirit of holiday giving. The comical illustrations painted with acrylics have a fresh, contemporary feel with lots of bright patterns, white or pale gray backgrounds, and Clark’s boldly striped shirt. Clever touches in the illustrations include a starfish on top of the green coral Christmas tree and several athletic socks for Sid the Squid’s Secret Santa present. An amusing holiday outing for Clark the Shark fans. (Picture book. 4-8)

Clark the Shark's personality is as big as ever in his fifth picture book, which focuses on the Christmas preparations at Theodore Roosterfish Elementary. The eyes of Clark's aquatic classmates widen with alarm as he carols loudly and throws his weight around while decorating a kelp tree, but Clark's biggest challenge comes when it's time for Secret Santa: he's so focused on figuring out who is getting him a gift that he doesn't put much thought into his gift for Benny Blowfish. Come gift-opening time, Clark feels twinges of guilt and remorse, but Hale lets him off the hook pretty easily--Benny loves the Captain Suckermouth comic book Clark had originally purchased for himself. It's a light, breezy reminder that the giving beats the getting where Christmas gifts are concerned. Ages 4-8. Author's agent: Steven Malk, Writers House. Illustrator's agency: Shannon Associates. (Sept.)

PreS-Gr 2--Irrepressible underwater elementary schooler Clark the Shark is back in another adventure designed to help kids understand the complicated ways of the world. His friend Joey Mackerel tries to explain that there's more to Christmas than decorations, cookies, and caroling, but it isn't until a near debacle during the classroom Secret Santa celebration that Clark learns "If you want to be smart, always give from the heart!" The youthful sea creatures and their ever-patient octopus teacher, Mrs. Inkydink, celebrate in style with seaweed garlands and a starfish-topped coral Christmas tree. VERDICT A welcome episode for established fans and those new to this appealing picture book series.--Linda Israelson, Los Angeles Public Library