Common Sense Media Review
Over 1.5 million people have read the #1 New York Times bestseller Out of My Mind and discovered the brilliant mind of Melody Brooks. Out of My Mind spent two years on the New York Times bestseller list! "If there's one book teens and parents (and everyone else) should read this year, Out of My Mind should be it." --Denver Post
"A gutsy, candid, and compelling story. It speaks volumes." --School Library Journal (starred review)
"Unflinching and realistic." --Kirkus Reviews (starred review)
"Uplifting...This moving novel will makes activists of us all." --Booklist (starred review) From multiple award-winning author Sharon Draper comes a story that will forever change how we all look at anyone with a disability, perfect for fans of RJ Palacio's Wonder. Eleven-year-old Melody is not like most people. She can't walk. She can't talk. She can't write. All because she has cerebral palsy. But she also has a photographic memory; she can remember every detail of everything she has ever experienced. She's the smartest kid in her whole school, but NO ONE knows it. Most people--her teachers, her doctors, her classmates--dismiss her as mentally challenged because she can't tell them otherwise. But Melody refuses to be defined by her disability. And she's determined to let everyone know it...somehow. 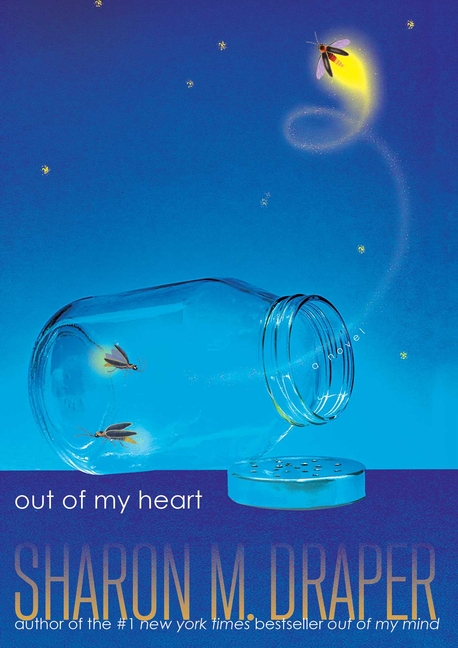 Uplifting...This moving novel will makes activists of us all.
Unflinching and realistic.
Melody Brooks, in a wheelchair and unable to speak, narrates this story about finding her voice. The first half of the book catalogues Melody's strugglesfrom her frustration with learning the same preschool lessons year after year to her inability to express a craving for a Big Mac. Draper, whose daughter has cerebral palsy, writes with authority, and the rage behind Melody's narrative is perfectly illustrated in scenes demonstrating the startling ignorance of many professionals (a doctor diagnoses Melody as profoundly retarded), teachers, and classmates. The lack of tension in the plot is resolved halfway through when Melody, at age 10, receives a talking computer, allowing her to speak. Only those with hearts of stone won't blubber when Melody tells her parents I love you for the first time. Melody's off-the-charts smarts are revealed when she tests onto her school's quiz bowl team, and the story shifts to something closer to "The View from Saturday" than "Stuck in Neutral". A horrific event at the end nearly plunges the story into melodrama and steers the spotlight away from Melody's determination, which otherwise drives the story. Ages 10up. "(Mar.)" Copyright 2010 Publishers Weekly Used with permission.
Gr 46Born with cerebral palsy, Melody, 10, has never spoken a word. She is a brilliant fifth grader trapped in an uncontrollable body. Her world is enhanced by insight and intellect, but gypped by physical limitations and misunderstandings. She will never sing or dance, talk on the phone, or whisper secrets to her friends. She's not complaining, though; she's planning and fighting the odds. In her court are family, good neighbors, and an attentive student teacher. Pitted against her is the "normal" world: schools with limited resources, cliquish girls, superficial assumptions, and her own disability. Melody's life is tragically complicated. She is mainly placed in the special-ed classroom where education means being babysat in a room with replayed cartoons and nursery tunes. Her supportive family sets her up with a computer. She learns the strength of thumbs as she taps on a special keyboard that finally lets her "talk." When she is transitioned into the regular classroom, Melody's undeniable contribution enables her class to make it to the national quiz team finals. Then something happens that causes her to miss the finals, and she is devastated by her classmates' actions. Kids will benefit from being introduced to Melody and her gutsy, candid, and compelling story. It speaks volumes and reveals the quiet strength and fortitude it takes to overcome disabilities and the misconceptions that go with them."Alison Follos, North Country School, Lake Placid, NY" Copyright 2010 School Library Journal, LLC Used with permission.
This powerful story by a two-time Coretta Scott King winner offers a wrenching insight into so many vital lives that the able-bodied overlook. If there's only one book teens and parents (and everyone else) can read this year, "Out of My Mind" should be it. —The Denver Post
Sharon M Draper
Sharon M. Draper is a three-time New York Times bestselling author and a recipient of the Margaret A. Edwards Award honoring her significant and lasting contribution to writing for teens. She has received the Coretta Scott King Award for both Copper Sun and Forged by Fire, and was awarded the Charlotte Huck Award for Stella by Starlight. Her novel Out of My Mind has won multiple awards and was a New York Times bestseller for over three years, and Blended has also been a New York Times bestseller. She taught high school English for twenty-five years and was named National Teacher of the Year. She now lives in Florida. Visit her at SharonDraper.com. Jesse Joshua Watson connects with people--where hammocking in Brazil, exploring Hong Kong, playing soccer in Haiti, or dodging taxis in Russia. He loves both the differences and similarities that are so colorfully displayed across our diverse world and reflects this passion in his illustrations, which have been featured in magazines, art publications, CD covers, children's books, and on The Oprah Winfrey Show. His work appears in the New York Times bestselling Hank Zipzer series, the Clubhouse Mysteries (Ziggy and the Black Dinosaurs) series, Hope for Haiti, and more. He won the 2005 grand prize and was a 2006 finalist at the international SCBWI New York Showcase. Jesse lives with his wife and sons in Washington where he teaches art to kids, plays music occasionally and soccer religiously, and surfs the chilly northwest waters as often as he can. Visit him online at JesseWatson.com.
Classification
Fiction
ISBN-13
9781416971702
Lexile Measure
700L
Guided Reading Level
S
Publisher
Atheneum Books for Young Readers
Publication date
March 20, 2010
Series
Out of My Mind
Maine Student Book Award
Second Place 2012 - 2012
Bluebonnet Awards
Nominee 2012 - 2012
Dorothy Canfield Fisher Children's Book Award
Nominee 2012 - 2012
Indies Choice Book Awards
Finalist 2011 - 2011
Children's Book Committee Award
Winner 2011 - 2011
Capitol Choices: Noteworthy Books for Children and Teens
Recommended 2011 - 2011
Georgia Children's Book Award
Nominee 2012 - 2012
Parents Choice Awards (Fall) (2008-Up)
Silver Medal Winner 2010 - 2010
Great Stone Face Book Award
Nominee 2011 - 2012
South Carolina Childrens, Junior and Young Adult Book Award
Nominee 2011 - 2012
Sunshine State Young Reader's Award
Winner 2012 - 2012
Nevada Young Readers' Award
Winner 2013 - 2013
Sequoyah Book Awards
Nominee 2013 - 2013
Buckeye Children's Book Award
Winner 2011 - 2011
Beehive Awards
Winner 2012 - 2012
William Allen White Childens Book Award
Nominee 2013 - 2013
Virginia Readers Choice Award
Winner 2012 - 2012
Black-Eyed Susan Award
Winner 2011 - 2012
Iowa Teen Award
Nominee 2013 - 2013
North Carolina Children's Book Award
Nominee 2013 - 2013
Colorado Children's Book Award
Nominee 2014 - 2014
Sasquatch Award
Winner 2013 - 2013
California Young Reader Medal
Winner 2013 - 2013
Young Hoosier Book Award
Winner 2013 - 2013
Flicker Tale Children's Book Award
Winner 2013 - 2013
Golden Sower Award
Honor Book 2013 - 2013
Land of Enchantment Book Award
Winner 2012 - 2013
Mark Twain Readers Award
Winner 2012 - 2013
Pennsylvania Young Reader's Choice Award
Winner 2013 - 2013
Volunteer State Book Awards
Winner 2012 - 2013
Rebecca Caudill Young Readers Book Award
Second Place 2013 - 2013
Nene Award
Nominee 2016 - 2016
Massachusetts Children's Book Award
Winner 2013 - 2014
Maud Hart Lovelace Book Award
Winner 2014 - 2014
Nutmeg Book Award
Winner 2014 - 2014