When Bessie and her class take a field trip to the zoo, they get to meet someone very special: Xiao Qi Ji, a baby panda! But when Bessie learns that pandas are in danger, she has to do something to save them. Everyone in her class is working on a plan to help the pandas, yet only one group will get to present theirs at the panda showcase. With some extra-strong magic, Bessie will make sure her team's plan is the best. Will that be enough to save the pandas? Teeny Houdini, also known as Bessie Lee, is an overly excited, mischievous first grader who bounces off the walls--and off the page--with her volume, enthusiasm, and grand ideas, which are just too big for her tiny frame. Bessie's multigenerational Chinese American family is the warm center of the stories, from exasperated but loving big sister Bailey to the always encouraging and understanding Gramma. Kid-friendly and engaging, the Teeny Houdini series is a good fit for early chapter book readers.

As a bonus, kids learn the real and simple steps to a different magic trick in each book. In book three, Bessie demonstrates how to use a rope to make a Bear Knot. Zoe expertly captures Bessie's heart and humor in black-and-white illustrations that perfectly complement the laugh-out-loud funny text. 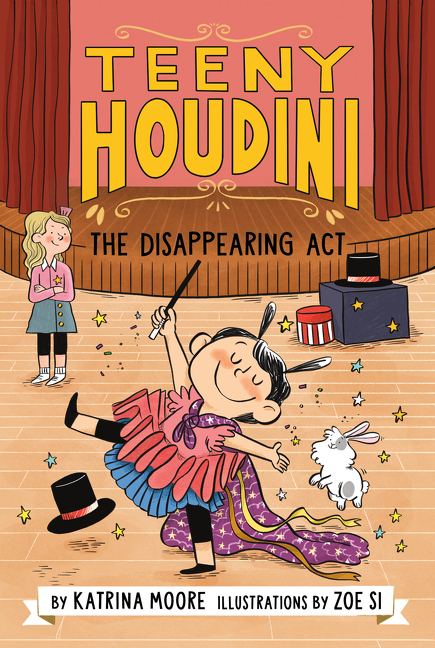 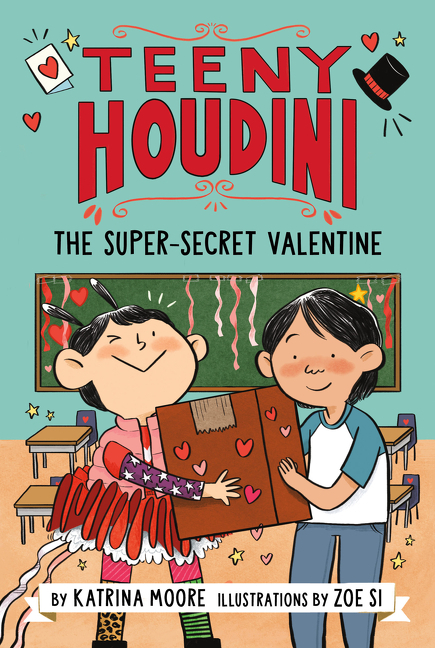 Katrina Moore
Katrina Moore writes and teaches in a part of New Jersey just outside Philadelphia. Earning an MA in elementary education, she's also taught in Maryland, Massachusetts, and New York. Her mission is to create books that children will hug for ages, like her debut picture book, One Hug. When not teaching elementary schoolkids or writing, she's cooking without a recipe, painting outside the lines, or snuggling up with her two kids, husband, Pomapoo pup, and of course, a cozy book. Visit her at katrinamoorebooks.com. Xindi Yan left behind a small city in China, traveling thousands of miles to New York to realize her dream of being a published artist. She received her BFA in illustration from Pratt Institute and has since worked as an illustrator for the gaming industry and for children's books, some of which include Sylvia Rose and the Cherry Tree by Sandy Shapiro Hurt, The Itty-Bitty Witch by Trisha Speed Shaskan, and the Craftily Ever After series by Martha Maker. She currently lives in Brooklyn with her husband and dreams about having a puppy in the near future. See more of her work at xindiyanart.com.
Classification
Fiction
ISBN-13
9780063004665
Lexile Measure
N/A
Guided Reading Level
N/A
Publisher
Katherine Tegen Books
Publication date
June 20, 2022
Series
Teeny Houdini