Can a robot survive in the wilderness? When robot Roz opens her eyes for the first time, she discovers that she is alone on a remote, wild island. She has no idea how she got there or what her purpose is--but she knows she needs to survive. After battling a violent storm and escaping a vicious bear attack, she realizes that her only hope for survival is to adapt to her surroundings and learn from the island's unwelcoming animal inhabitants. As Roz slowly befriends the animals, the island starts to feel like home--until, one day, the robot's mysterious past comes back to haunt her.

From bestselling and award-winning author and illustrator Peter Brown comes a heartwarming and action-packed novel about what happens when nature and technology collide. 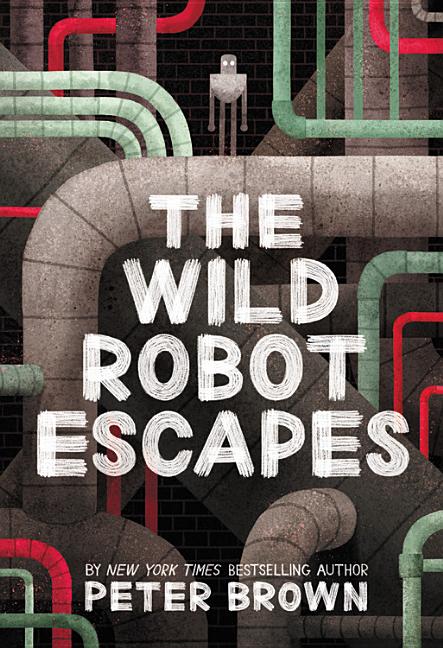 Gr 3-7—Though Roz, a robot, is initially viewed with suspicion when she finds herself on an isolated island, she soon becomes part of the natural order, parenting an orphaned gosling and providing shelter for the animals. But is there really a place for her within this ecosystem? Interspersed with charming black-and-white illustrations, this sweetly quirky fish-out-of-water tale will have readers contemplating questions about life, death, consciousness, and artificial intelligence.

Brown's middle-grade debut, an uplifting story about an unexpected visitor whose arrival disrupts the animal inhabitants of a rocky island, has a contemporary twist: the main character is a robot. A hurricane deposits Roz (short for ROZZUM unit 7134) on the island, where she is accidentally activated by a group of sea otters, who are terrified by the shiny monster awakening before their eyes. At first, Roz struggles to survive in an environment where she is treated as a frightening intruder, but after she adopts an abandoned gosling, she slowly becomes part of the island community, learning animal language and taking on motherhood and a leadership role. Brown (Mr. Tiger Goes Wild) convincingly builds a growing sense of cooperation among the animals and Roz as she blossoms in the wild. The allegory of otherness is clear but never heavy-handed, and Roz has just enough human attributes to make her sympathetic while retaining her robot characteristics. Brown wisely eschews a happy ending in favor of an open-ended one that supports the tone of a story that's simultaneously unsentimental and saturated with feeling. Final art not seen by PW. Ages 8-12. Agent: Paul Rodeen, Rodeen Literary Management. (Apr.)

Copyright 2016 Publishers Weekly, LLC Used with permission.
"Brown has written a lively tale that is sure to engage young readers."—The New York Times

I love this book!

It’s such an amazing story, with so many turns.

cliffhangers never end in this book

i love book and it has so many cliff hangers