Common Sense Media Review
Meet Barkus. Barkus is loyal. Barkus is generous. Barkus is family. The exuberant Barkus and his lucky young owner whirl and twirl across the pages of this delightful pre-chapter book series from award-winning author Patricia MacLachlan. The accessible text is ideal for even the newest independent reader, while the warm, humorous story and energetic illustrations will appeal to picture book readers as well as advanced readers. 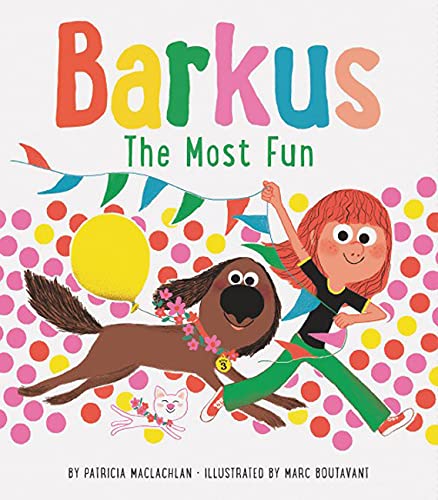 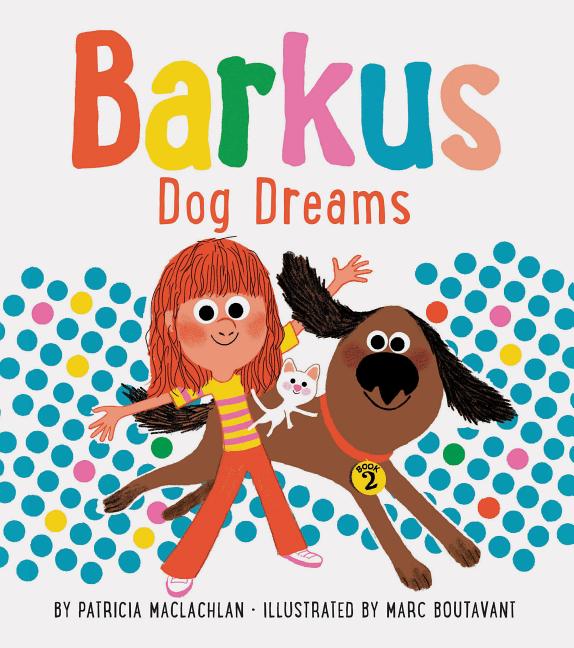 Gr 1-3--MacLachlan has taken her love of animal stories and created an engaging early chapter book for young readers. This is the tale of a family caring for Barkus, a big brown dog given to them by a favorite uncle. Each chapter finds Barkus and Nicky, his young owner, embarking on silly adventures, from a raucous dog birthday party to an overnight campout. Kids will immediately take to Barkus, an affectionate, gentle family pet with a distinct personality, while the bright, animated illustrations bring the characters to life. The narrative is ideal for emergent readers wanting the challenge of a first chapter book, as well as reluctant older readers looking for a fun selection as they strengthen their skills. MacLachlan has published numerous books with animal characters of late, and this is a refreshing take on the beloved family pet tale. Librarians will appreciate a strong chapter book option for early readers, who too often have to settle for half-hearted storytelling in exchange for skill practice. Further adventures are promised with a second title due in 2018.

Forget about every dog having its day: floppy-eared Barkus owns the entire calendar in this upbeat collection of five stories that bridges picture book and chapter book terrain. Barkus is the "smartest dog in the whole world," according to globetrotting Uncle Everton, who gives Barkus to his niece Nicky. "Does he bark?" asks Nicky's father. "Only when he wants to," replies Uncle Everton. But smarts alone don't explain Barkus's charisma. He follows Nicky to school and, instead of getting the boot, becomes the class dog ("Maybe he will help us all learn to read," says the teacher, after Barkus barks approvingly at the word "dog"). After Barkus decides he doesn't want a "quiet little party" for his birthday, the neighborhood dogs show up and raise the roof, and when Barkus finds a kitten, he gets to both keep and name it. Boutavant (Edmond, the Moonlit Party) contributes cheery, brightly colored cartooning with a 1960s-minimalist aesthetic, but what's truly beguiling is MacLachlan's (The Poet's Dog) benevolent worldview, which suggests that anything's possible if you are clever, reasonably well behaved, and fun to be around. Ages 6-9. Author's agent: Rubin Pfeffer, Rubin Pfeffer Content. (June)