This sweeping, emotionally-resonant fantasy from beloved author Jessica Day George is perfect for fans of Princess Academy and Black Beauty.

When orphaned Anthea Cross-Thornley receives a letter from a long-lost uncle, she wonders if she will finally find a true home. But she is shocked to learn that her uncle secretly breeds horses--animals that have been forbidden in her kingdom for centuries. More alarming is Anthea's strange ability to sense the horses' thoughts and feelings, an ancient gift called The Way.

Confused and terrified, Anthea is desperate to leave, but when her family and kingdom are put at risk, can she embrace The Way and the exciting future it might bring her?

A Mighty Girl Best Book of the Year 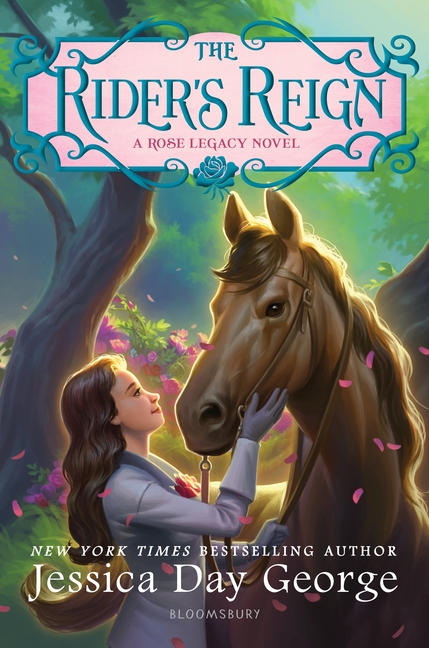 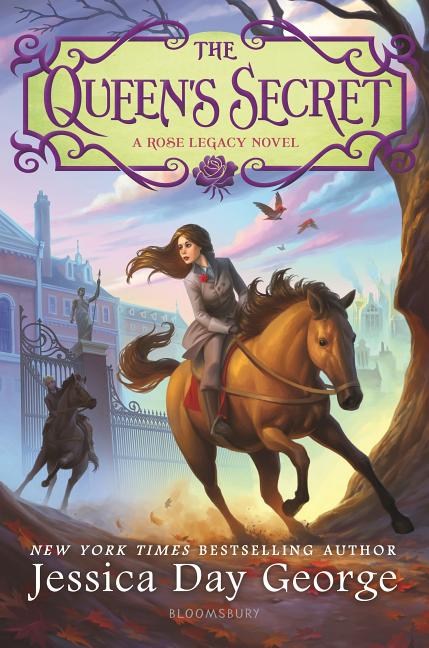 Gr 4-6--After the death of her parents, Anthea has spent her life shuffled from household to household, as family members pass her along among themselves, leaving her feeling unwanted and alone even as she holds tight to her dream of becoming a Rose Maiden to the queen like her mother once was. Like everyone else in Coronam, she has been taught that what lies beyond the Wall in the Exiled Lands is to be feared; so when her father's brother wants her to come live with him there on his farm, she is horrified. Her arrival is met with an even worse discovery: horses, the diseased creatures that should have been long dead after they brought a plague to Coronam. As Anthea learns more about her family, the political history of the country, and her emotional connection to the horses, the walls she has built around herself crumble and she begins to question everything she knows. While her new home is a perfect fit, she discovers that her dreams have been based on an impossible image of her mother, who is not only alive but an enemy to all Anthea now holds dear. This tale will speak to readers who feel like an outsider, as well as those who adore animals, as George's young protagonist and her friends overcome their fears in order to take on adult villains and protect each other along with the horses they love. VERDICT Readers who love Shannon Hale's fiction, Kristin Bailey's middle grade stories, and Megan Shepherd's The Secret Horses of Briar Hill will be captivated by this luminous start to a new series, which, after some frightful twists and turns, ends on a hopeful note.--Kerry Sutherland, Akron-Summit County Public Library

"Will delight readers who love a classic-feeling fantasy, as well as those who absolutely love horses . . . This thought-provoking fantasy with relatable characters is clever and heartfelt." - Booklist

"Original and taut . . . A rich story with plenty of surprising plot twists and a strong undercurrent of female empowerment." - Kirkus Reviews

"Horse-crazy fantasy fans will devour this title and be eager for more." - BCCB

"A fresh, original story that will warm hearts and entertain readers of all ages." - Jennifer A. Nielsen, New York Times bestselling author of The Ascendance Trilogy

JESSICA DAY GEORGE is the New York Times bestselling author of the Tuesdays at the Castle series, the Twelve Dancing Princesses series, and the Dragon Slippers trilogy. Originally from Idaho, she studied at Brigham Young University and worked as a librarian and bookseller before turning to writing full-time. She now lives in Salt Lake City, Utah, with her husband and their three young children.
www.jessicadaygeorge.com
@jessdaygeorge