Common Sense Media Review
You've heard of Hercules, right? Big, strong guy who did tons of amazing, heroic deeds? Well one part of that myth is correct. Hercules was big and strong. But he had an teeny-tiny brain. He couldn't have done any of those heroic deeds if it hadn't been for his friends telling him exactly what to do. Hades sets the record straight on the true story of Hercules. 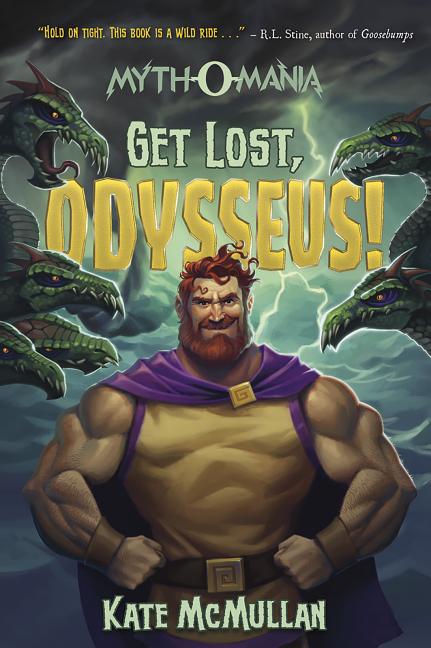 Using Hades as an observer and holder of the narrative thread, McMullan has rewritten famous Greek myths in a modern style. Plentiful humorous dialogue, including jokes, puns, and pop-culture references, ups the appeal. The author does take artistic license with the source material, but the core of the myths remains. [Review covers these Myth-O-Mania titles: Get to Work, Hercules! and Nice Shot, Cupid!]

Kate McMullan
Kate McMullan taught elementary school in inner-city Los Angeles and on an American Air Force base in Germany. After earning a Master's Degree in Early Childhood Education, she decided to try her hand at writing. She also writes under the names K.H. McMullan and Katy Hall and has more than fifty children's books to her credit, including her bestselling picture book collaborations with her husband Jim. She lives in New York, New York. Tao Nyeu is the creator of Wonder Bear, which won the Founder's Award from the Society of Illustrators and a Marion Vannett Ridgway Award Honor; and Bunny Days, which won the Ezra Jack Keats Award and a Golden Kite Award Honor. Tao was born in Ohio and grew up in New York. She earned a BFA from Cornell University and an MFA from the School of Visual Arts. She now lives in Southern California with her children.
Classification
Fiction
ISBN-13
9781434231963
Lexile Measure
530L
Guided Reading Level
P
Publication date
April 20, 2010
Series
Myth-O-Mania
Age Range
9 - 13 years